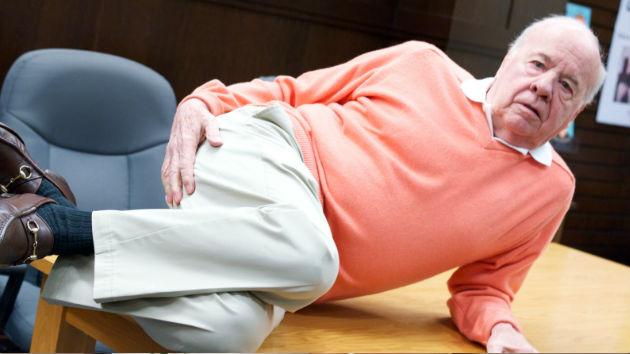 Photo by Earl Gibson III/WireImage
Posted on May 14, 2019 by ABC News

(LOS ANGELES) — Comic actor Tim Conway, best known as one of the stars of The Carol Burnett Show, has died, his rep confirms to ABC News.  He was 85. Conway passed away in Los Angeles this morning from complications due to Normal Pressure Hydrocephalus (NPH), otherwise know as water on the brain.

In the sixties, Conway played Ensign Parker in the sitcom McHale’s Navy, and appeared in a series of Disney family films with Don Knotts, including The Apple Dumpling Gang.  He and Knotts would work together on and off for years.

Conway was a guest performer on the first eight seasons of The Carol Burnett Show before becoming a regular in 1975. On that show, he was known for his characters Mr. Tudball and the Oldest Man — and for his ability to make his co-stars Burnett, Harvey Korman and Lyle Waggoner crack up on camera.

Conway won four Emmys for The Carol Burnett Show: one for writing and three for performance.

After The Carol Burnett Show, Conway had his own variety show, a sitcom and a hidden-camera series, none of which lasted very long.  In 1986, he debuted what would become one of his most famous characters — an extremely short Scandinavian man named Dorf — on The Tonight Show.  In 1987, he released the movie Dorf on Golf, which led to eight other Dorf movies about a variety of different sports.

Younger viewers known Conway from his work on SpongeBob SquarePants, on which he voiced the character Barnacle Boy — the sidekick to his McHale’s Navy co-star Ernest Borgnine’s hero Mermaid Man — and from his Emmy-winning guest spots on shows like 30 Rock and Coach.

Conway is survived by his wife of 35 years, his stepdaughter, his six biological children and two granddaughters. In lieu of flowers or gifts, the family asks that donations to be made to The Lou Ruvo Brain Center at the Cleveland Clinic in Las Vegas, Nevada.