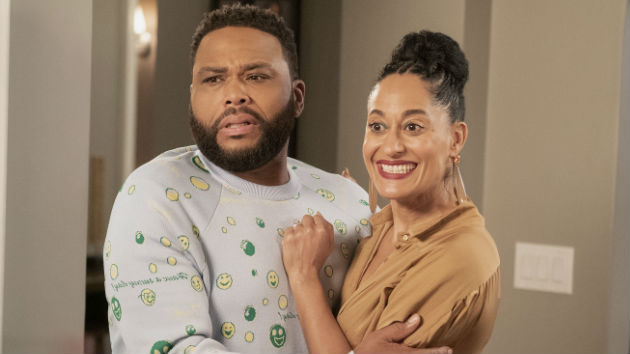 (LOS ANGELES) — Anthony Anderson will move from in front of the camera to behind on tonight’s installment of ABC’s black-ish.

Anderson, who stars on the show as a father of five, directs the season’s pentuntimate show, which airs tonight.

On Tuesday’s Good Morning America, Anderson, who also produces black-ish, said of the career milestone, “They let me direct this episode — my directorial debut. I loved it.”

“It was challenging, it was daunting, it was scary, it was all of those things, but my crew would not let me fall flat on my face,” he added. “And my cast was great. So I just want to applaud them for supporting me.”

In his black-ish role as Andre Johnson, Anderson often doles out advice to his kids, but he said some of the best advice he’s ever received in real life came from his own mother, Dorris.

“Never compromise who I am,” is what Anderson says his mom told him. “I’m in the business of people telling me no. Don’t let the no’s discourage me because eventually, somebody will say yes.”

But Anderson jokes that his character is “a horrible father.”

“A lot of what you see on black-ish is a combination of the creator [Kenya Barris] and myself — we are fathers and we are sons. I make the same mistakes everybody else does,” he said.

ABC has picked up season six of the comedy for the 2019-2020 season. The network also announced last week that it’ll expand the franchise with a new series called mixed-ish, focusing on Tracee Ellis Ross’ character Rainbow Johnson and her experience growing up in a mixed-race family in the ’80s.

Nearly a dozen ex-military members among those arrested in connection with Capitol riot
Liam Neeson reveals his plans to retire from action films
‘Cobra Kai’ star Martin Kove had to be “persuaded” to join the ‘Karate Kid’ reboot
Nestle delivers sweet taste of nostalgia with new Cinnamon Toast Crunch milk
Shawn Johnson pregnant with baby No. 2 with husband Andrew East
PepsiCo announces plan to reduce emissions more than 40% by 2030