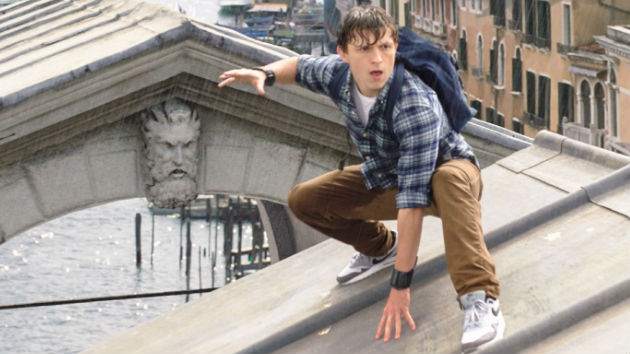 (LOS ANGELES) — While Disney Parks guests are used to posing for photos with some of their favorite characters, on Friday, snap-happy tourists at California’s Disneyland got a lot more than they bargained for when the cast of Spider-Man: Far From Home surprised them.

A tourist shot the now-viral interactions between fans and who they assumed was just a regular Disney employee in a Spider-Man costume.

At one point, Far From Home stars Zendaya, Jake Gyllenhaal, and Jacob Batalon photo-bombed the group, and the crowd went berserk — but they really lost it when “Spider-Man” whipped off his mask to reveal the movie’s star, Tom Holland.

Spider-Man: Far from Home opens on July 2 from Sony Pictures and Marvel Studios, which is owned by ABC News’ parent company Disney.