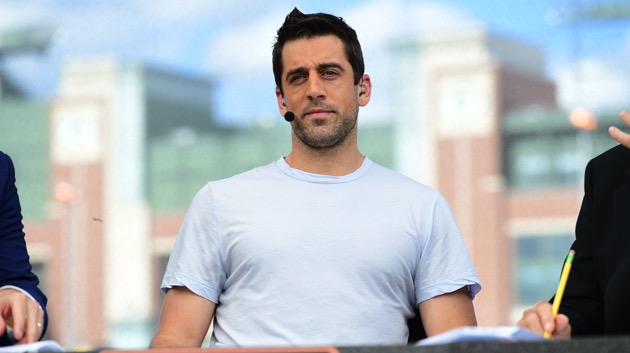 (NEW YORK) — Game of Thrones has really been good about including some surprise cameos in its final season. Minor spoilers ahead.The latest megafan to get his 15 seconds of Thrones fame is Super Bowl champ and Green Bay Packers quarterback Aaron Rodgers.”It was just for a few seconds, but I’ll always be thankful to have been on the penultimate episode of @gameofthrones,” the star player wrote early Monday morning on Instagram.The football star has been a huge fan of the show for years, always commenting on people sharing spoilers (he’s against it) and told reporters earlier this year that he might make a little cameo on the popular HBO show.Thrones also teased a Rodgers cameo last year with this epic video.

Time for the Season 1 play by play with Lord @AaronRodgers12 of Greenwater Bay.Your Binge #ForTheThrone continues with “The Pointy End,” “Baelor,” and “Fire and Blood.” https://t.co/crYx3Euc9u pic.twitter.com/L95Yy8X0q2

The Packers also knew it was coming and alerted fans.

So what’s everyone watching tonight? #GoT pic.twitter.com/0vX7CuUQaL

Many enjoyed the cameo and jubilation that comes from a fan getting to fulfill a dream.ESPN tweeted, “Lord Aaron of House Rodgers of Greenwater Bay, the true King in the North.”

Lord Aaron of House Rodgers of Greenwater Bay, the true King in the North. (via @AaronRodgers12) pic.twitter.com/CDqfM5RlxE

Sadly, Rodgers was burned by a dragon in battle.

The most accurate Archer is the history of the Golden Company, Aaron Rodgers…RIP pic.twitter.com/eJKMjhjvad

Aaron Rodgers got lit up in last night’s #GameOfThrones 💀🔥 pic.twitter.com/9TbuklK9Bq

Long live the QB in the North!The very last Thrones debuts next Sunday and is sure to have yet another A-list cameo. Only time will tell who finally takes the Iron Throne.