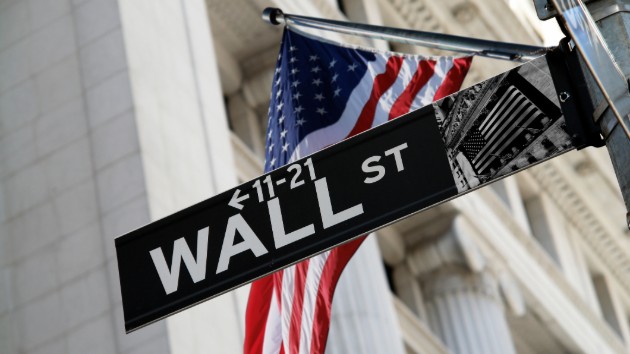 (NEW YORK) — The Dow was down 617 points at closing on Monday afternoon after China said it would raise tariffs on roughly $60 billion worth of U.S. imports as retaliation for additional tariffs on Chinese goods.Trade talks between the United States and China ended without a deal Friday afternoon. President Donald Trump announced last week he would raise tariffs on $200 billion worth of Chinese imports.Shortly before markets opened Monday, China announced it would implement the new tariffs starting June 1.Trump fired off a series of tweets in which he repeated a false claim that the U.S. consumer does not need to pay for tariffs. In reality, tariffs would cause prices on many consumer goods to increase.The president also appealed to Chinese President Xi Jinping in his tweets, claiming China will be “hurt very badly” if he doesn’t make a deal.The U.S. and China had been making progress toward a final trade deal but a tentative agreement all but fell apart last week after the Chinese sought to make revisions to the deal, the White House said. It’s not clear when the trade representatives will meet again.

Tom Holland reprises his role as Peter Parker for Avengers Campus’ ‘Spider-Man’ ride at Disneyland
Ice-T reflects on how he went from robbing banks as troubled youth to starring on ‘Law & Order: SVU’
Pregnant doctor receives COVID-19 vaccine, urges others to as well
Trump clemency list expected to include Lil Wayne and a once powerful NY politician
Dems aim to address Biden priorities as Senate returns with impeachment trial looming
Trump-Biden transition updates: Trump unlikely to issue pardons for self, family