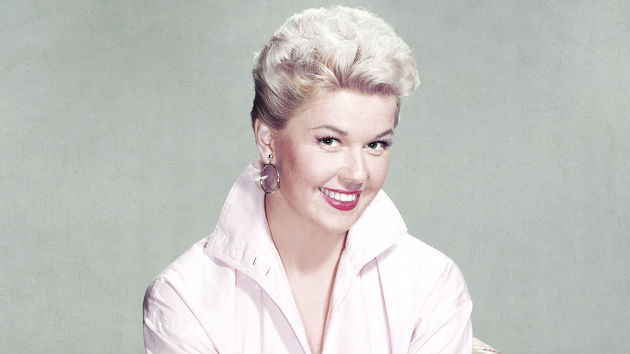 Photo by Silver Screen Collection/Getty Images
Posted on May 13, 2019 by ABC News

(LOS ANGELES) — Actress and singer Doris Day whose iconic status led her to being name checked in songs by The Beatles, Billy Joel, Wham! and more, has died. She had just celebrated her 97th birthday last month, but had recently contracted pneumonia, which led to her death.

Born Doris Mary Ann Kappelhof, Day started her career as a singer, scoring her first hit, “Sentimental Journey,” in 1945. She followed that up with a string of top 10 hits, and eventually became one of America’s most popular singers. In 1948, despite having no acting experience, she made her movie debut in the film Romance on the High Seas.

Her acting career spanned two decades, and included roles in movies like Calamity Jane, Alfred Hitchcock’s The Man Who Knew Too Much, Pillow Talk, The Pajama Game and That Touch of Mink, the latter of which was the first movie ever to earn $1 million at the box office.  Her co-stars included Rock Hudson, James Stewart, Cary Grant, James Cagney and James Garner.

Many of her movies also spun off hit songs performed by Day, perhaps most famously “Que Sera, Sera (Whatever Will Be, Will Be),” from The Man Who Knew Too Much, which won the Oscar for Best original Song.

In 1968, as the movie audiences rejected Day’s wholesome films in favor of darker fare — and to pay off debts her third husband had left her with —  she turned to TV,  starring in The Doris Day Show from 1968 to 1973.  She retired from TV after that, aside from the occasional special.

In her later years, Day, a vegetarian, devoted much of her time to her Doris Day Animal Foundation, which promotes animal welfare. She also established the Doris Day Animal League, which merged with The Humane Society of the United States in 2006.  She originated the idea of a one-day spay/neuter event, which is known known as World Spay Day.

Day’s only child, producer and songwriter Terry Melcher, died in 2004. He produced The Byrds, Paul Revere & the Raiders and several songs for the Beach Boys, including their hit “Kokomo.”  He also worked with Glen Campbell, the Mamas & the Papas and Wayne Newton, sang on the Beach Boys’ landmark album Pet Sounds, and was one of the producers of the Monterey Pop Festival.

Day received six Golden Globe Awards, a Grammy Lifetime Achievement Award, the Cecil B. DeMille Award for lifetime achievement in film and the Presidential Medal of Freedom, among other honors.

Elliot Page and Emma Portner announce divorce after three years of marriage
Watch now: Action and joke-packed trailer for Disney’s animated ‘Raya and the Last Dragon’
Vanessa Bryant remembers Kobe and Gianna on one-year anniversary of their deaths
What to know about the link between mental health and heart disease
Jane Fonda to receive Cecil B. DeMille Award at this year’s Golden Globes
Storms continue to move across US bringing tornadoes, heavy snow, freezing rain and flooding