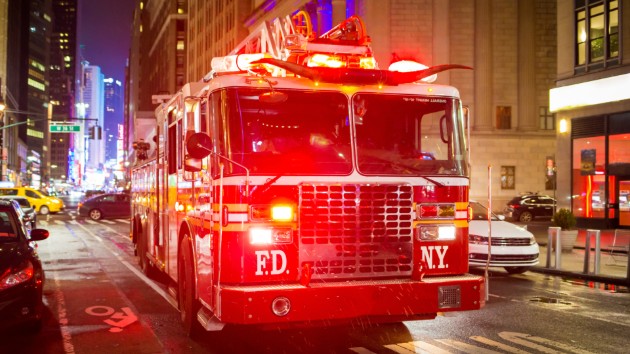 (NEW YORK) — A car found burning on a street in New York City Monday morning led to the discovery of an unconscious and unresponsive man inside, police said. A 911 caller reported the 2018 Honda Accord on fire at 2:46 a.m. in the Borough Park neighborhood of Brooklyn, according to the New York Police Department. The man, who was not immediately identified, was taken to a hospital. Firefighters quickly put out the blaze on 39th Street and then discovered an adult male in the driver’s seat, police said. Police are investigating the cause of the fire and could not immediately say if foul play was involved.