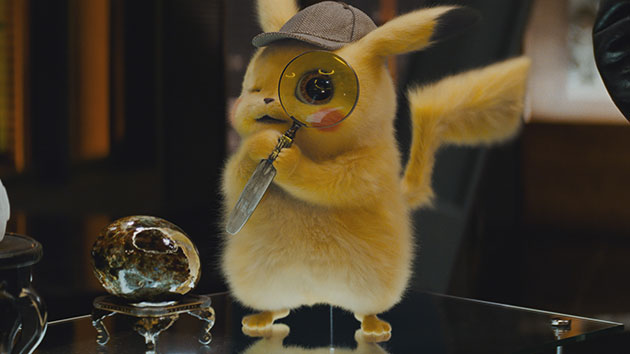 Endgame delivered an estimated $63 million, to bringing its total domestic earnings to an estimated $723.5 million. It’s now only the third movie ever to top $700 million domestically, and passed Black Panther to become the third-highest-grossing domestic release of all-time.

Overseas, Endgame grabbed an estimated $102.3 million, bringing its total to $1.76 billion — $2.485 billion worldwide when you add in the domestic total. It still trails Avatar in international and worldwide gross, but only by $302 million. Marvel and ABC News are both owned by Disney.

Pokémon Detective Pikachu debuted in a more than respectable second place with an estimated $58 million — the largest opening weekend for a video game adaptation ever, topping 2001’s Lara Croft Tomb Raider. The motion-capture/live-action film, featuring Ryan Reynolds as the voice of the titular character, earned an estimated $112.4 million overseas.

Opening in third place was The Hustle, a female take on 1988’s Dirty Rotten Scoundrels, with Anne Hathaway and Rebel Wilson in the roles of a pair of scam artists originated Michael Caine and Steve Martin. The remake performed slightly better than expected, delivering an estimated $13.5 million.

The thriller The Intruder finished in fourth place, earning an estimated $6.6 million in its second week of release. The racy comedy Long Shot rounded out the top five with an estimated $6.1 million haul.

The weekend’s other debuts — the comedy Poms, led by Diane Keaton, and Tolkien, starring Nicholas Hoult and Lily Collins — both disappointed. Poms could only scrape together an estimated $5.1 million for a sixth-place finish. Tolkien landed way down at number nine with a paltry $2.15 million.