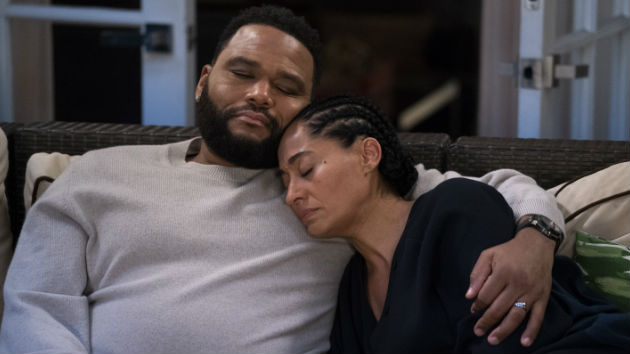 ABC/Richard Cartwright
Posted on May 13, 2019 by ABC News

(LOS ANGELES) — The verdict is in on which of your favorite TV shows are coming back for the 2019-2020 season, which ones got the ax, and what’s new this season.

Which of your favorites are coming back and which ones aren’t?

ABCblack-ish returns for season six, as does Fresh Off the Boat. The Conners is back for season two, and so are Station 19, The Rookie, Bless This Mess, Schooled and Single Parents. Shark Tank, returns for its 11th season, along with Modern Family in its finale.

A Million Little Things is back for its second season, and The Good Doctor for season three. Bachelor in Paradise gets a sixth season, while Wheel of Fortune and Jeopardy! have both been renewed through 2022.

New for 2019-20 on ABC are the 50 Cent drama For Life; the comedies United We Fall and the black-ish spinoff, mixed-ish; and the dramas Stumptown, Emergence and The Baker and the Beauty.

ABC has canceled Speechless and For the People, each after three seasons. It’s one and done for The Fix, The Kids Are Alright and Whiskey Cavalier; and Splitting Up Together is out after just two seasons.

NBCNBC is bringing back Good Girls for its third season; The Blacklist returns for season seven; Superstore is back for season five; New Amsterdam gets a second-season pickup as does America’s Got Talent: The Champions, Manifest and Brooklyn Nine-Nine, returning its second season on NBC and seventh overall.

The Peacock network has picked up the legal drama Bluff City Law; the comedies The Kenan Show, Sunnyside, Perfect Harmony and Indebted, and the drama and Lincoln.

Out at NBC for 2019-2020 is The Amy Poehler-executive produced I Feel Bad after just one season.

CBSCBS has given 10th-season renewals to Blue Bloods and Hawaii Five-O; NCIS, NCIS: Los Angeles and NCIS: New Orleans are back for seasons 11, 17 and six, respectively; Mom has been renewed for seasons seven and eight; God Friended Me, Magnum P.I. and FBI for season two, and The Neighborhood for season three.

CBS has picked up the Edie Falco Cop drama Tommy.

The Murphy Brown reboot, Happy Together and Fam have gotten the ax after just one season, along with Life in Pieces, which is out after four.

FOXFinally, Fox has renewed 9-1-1, The Orville, and The Resident, each for a third season; Hell’s Kitchen comes back for seasons 19 and 20; Family Guy for season 18; Bob’s Burgers gets a 10th; and The Simpsons has been picked up for seasons 31 & 32. So You Think You Can Dance? returns for its 16th season, and Empire, is back for season six.

Fox will bid farewell to its freshman series Proven Innocent, The Passage and The Cool Kids, while Lethal Weapon has been canceled after three seasons.