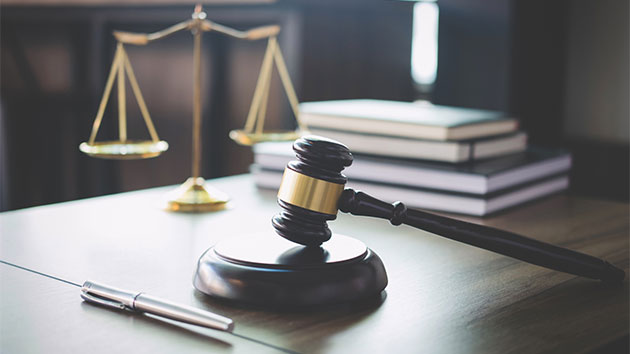 iStock/Pattanaphong Khuankaew
Posted on May 12, 2019 by ABC News

(NEW YORK) — In a stunning twist to a cold-case triple homicide in Kentucky, a commercial pilot was arrested on an airplane full of passengers and charged with the brutal 2015 killings of three of his neighbors, including two whose bodies were found burned beyond recognition in a torched car, authorities said.

Christian R. Martin, 51, a former Army Ranger major and a pilot for the American Airlines subsidiary PSA Airlines, was arrested on Saturday at the Muhammad Ali International Airport in Louisville, a day after a grand jury indicted him on three counts of murder and arson stemming from the killings of Calvin and Pamela Phillips and their neighbor, Edward Dansereau.

Martin was taken into custody on an airplane loaded with passengers as he was preparing for takeoff, authorities said.

A jail booking photo of Martin shows him still in his pilot’s uniform.

Calvin Phillips, 59, was found shot to death inside his home in Pembroke, Kentucky, on Nov. 18, 2015. The bodies of his wife, Pamela, 58, and Dansereau, 63, were discovered burned beyond recognition several miles from their neighborhood in a car that had been driven into a cornfield and set on fire, investigators said.

Kentucky Attorney General Andy Beshear said his office took over the investigation after the son of the slain couple, Matt Phillips, met with him two years ago and expressed fears the case might never be solved.

“Every day, we are haunted by what was done to them and haunted further that someone was still free to do as they wish, beyond the civility of mankind or laws of our nation,” relatives of the Calvin and Pamela Phillips, and Dansereau said in a joint statement. “We are overwhelmed with this positive step towards resolution for people we love dearly…We look forward to justice in court, and we look forward to a verdict to bring an end to this terror, and a fresh start at healing.”

At the time of the slayings, Martin lived across the street from the Phillips couple and Dansereau.

In a 2016 interview with NBC affiliate station WSMV-TV in Louisville, Martin claimed Calvin Phillips was having an affair with his wife but denied any involvement in the murders.

Asked in the interview if he believed he would be charged in the killings, Martin said told WSMV, “No, I have no worries about that.”

The killings occurred just days before Martin faced a military court-martial on charges of assault consummated by battery upon a child under the age of sixteen and conduct unbecoming an officer, according to military records. Martin was ultimately convicted of assaulting his stepson by coming up behind him, “placing his arms around his stepson’s neck in a ‘rear naked choke,’ lifting him off the ground, and squeezing his neck until his body went limp and felt numb,” according to the records.

Authorities said Calvin Phillips was scheduled to testify in the court-martial proceedings, but the nature of his testimony was unclear.

Phillips was found guilty of the charges, dismissed from the military and placed under “confinement for 90 days,” according to the records.

Shortly after the homicides of the Phillips couple and Dansereau, Martin moved to North Carolina.

A former Army helicopter pilot, Martin began working as a pilot for PSA in January 2018, according to the airline.

In a statement to ABC News, American Airlines officials said Martin passed a routine criminal background check that found “no criminal history that would disqualify him from being a commercial pilot.”

“All of us at American Airlines and PSA Airlines are deeply saddened to have learned about these allegations from 2015,” the airline’s statement reads. “Our team was made aware of the indictment [Saturday] morning after his arrest at Louisville International Airport. We have an unwavering commitment to the safety and security of our customers and team members, and we will provide any investigative assistance possible to law enforcement throughout their investigation.”

Martin was being held without bail in Jefferson County, Kentucky. He is expected to be extradited to Christian County and could be arraigned on the murder charges as early as Monday, officials said.