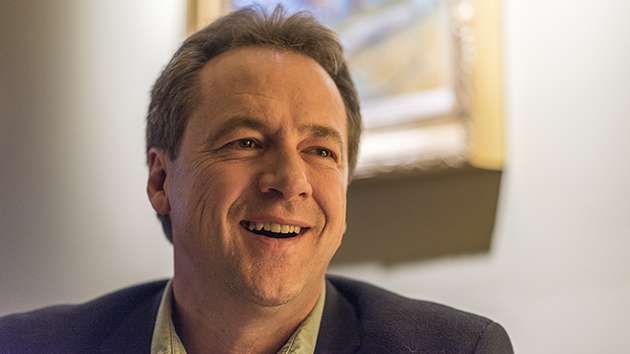 William Campbell-Corbis via Getty Images
Posted on May 11, 2019 by ABC News

(NEW YORK) — Montana Gov. Steve Bullock, a Democrat many suspect will soon jump into the crowded 2020 candidate field, teased a “big announcement” in a video on Twitter Saturday.The governor, who was elected in 2012, leads a state President Donald Trump won by 20 points in the 2016 presidential election. Bullock won his re-election the same year despite the state’s support for Trump — a theme highlighted in the video.”The only Democratic contender who won a Trump state will make a big announcement,” according to the video, with large, white letters written over black-and-white photos of Bullock.At one point in the video’s mash-up of interviews the governor has done over the past year, NBC’s Chuck Todd tells Bullock he’s “this, like, weird creature from outer space.” Later, the video features MSNBC’s Willie Geist listing off the two-term governor’s record: “A Democratic governor in that state who’s pro-choice, you’re for marriage equality, you’ve expanded Medicaid, you’ve expanded spending on education, you’ve protected the environment from corporate interests.”

Bullock would be at least the 24th person to become a contender for the Democratic party nomination, joining a field that includes other candidates from Trump-supporting states such as Minnesota Sen. Amy Klobuchar, Mayor Pete Buttigieg of South Bend, Indiana, and Ohio Rep. Tim Ryan.The most recent candidate to enter the race was Sen. Michael Bennet of Colorado.Copyright © 2019, ABC Radio. All rights reserved.