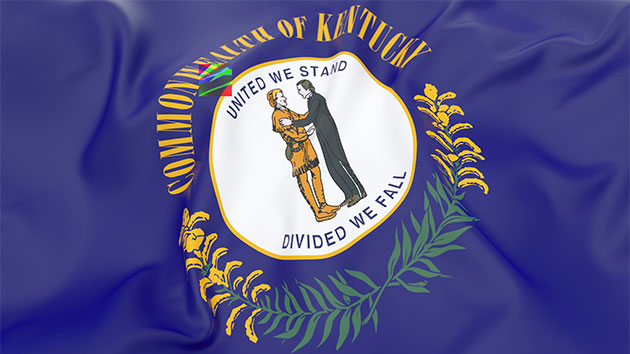 iStock/CGinspiration
Posted on May 11, 2019 by ABC News

(NEW YORK) — A federal judge on Friday struck down a Kentucky law that would have effectively ended abortions after 15 weeks of pregnancy.

U.S. District Judge Joseph H. McKinley Jr. ruled that the 2018 law, which required women seeking an abortion at or beyond 15 weeks of pregnancy to first undergo a “fetal demise” injection, was “unconstitutional.” He also issued a permanent injunction against the law.

“The court finds that under the Act, all women seeking a second-trimester abortion at and after 15 weeks would have to endure a medically unnecessary and invasive procedure that may increase the duration of an otherwise one-day standard D&E abortion,” McKinley wrote.

A Dilation and Evacuation (D&E) abortion is the standard second-trimester method of abortion used nationally.

The law had been signed by Kentucky Governor Matt Bevin, a Republican. His office did not immediately respond to an ABC News request for comment.

The injection, which would kill the fetus, would not evacuate the fetus from the woman’s body, so an abortion would still be necessary. The law was challenged by the state’s only abortion clinic and the two doctors — Ashlee Bergin and Tanya Franklin — who practice there, on the day it was signed.

Moreover, Bergin and Franklin said they would “stop performing standard D&E abortions altogether due to ethical and legal concerns regarding compliance with the law, thereby rendering abortions unavailable in the Commonwealth of Kentucky starting at 15.0 weeks from the date of a woman’s last menstrual period,” according to the ruling.

Alexa Kolbi-Molinas, a lawyer with the American Civil Liberties Union who represented the abortion clinic and its doctors, praised the judge’s ruling.

“It is a huge victory for women and families in Kentucky,” Kolbi-Molinas told ABC News. “Not only can women get the care they need, because it would have ended abortion at 15 weeks, but [it said] that women who wanted an abortion, starting at 15 weeks, would have had to go through unnecessary, painful, and, in some cases, experimental medical procedures just to get an abortion.”

Despite a growing number of laws limiting abortion in several U.S. states, Kolbi-Molinas said she was confident that McKinley’s ruling would not be overturned.

“The only court of appeals that has addressed one of these [fetal demise injection] cases so far has found it unconstitutional and we’re optimistic that the Sixth Circuit Court of Appeals would do the same,” she said.

In practical terms, the law had been blocked by a consent decree, so there has been no change for women seeking to have an abortion in Kentucky throughout the past year.

“There is no change. Abortion remains safe and legal in Kentucky,” Kolbi-Molinas said.