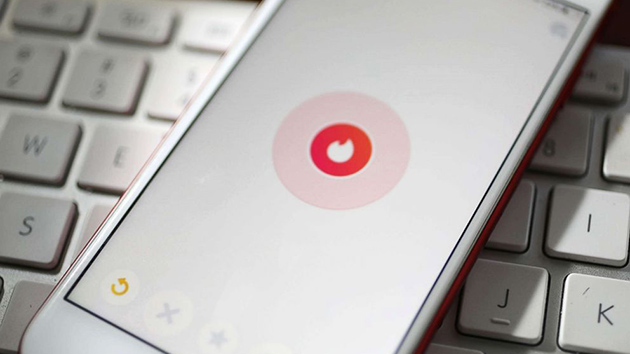 (SAN JOSE, Calif) — Five teens in California were focused on a whole different definition of “swiping” as they used Tinder to rob and carjack unsuspecting men showing up for dates.At least 11 men were targeted by a group of five teenagers, including one juvenile, who were arrested for a host of armed robberies in San Jose, police announced Thursday.The group used the dating app Tinder to set up men for dates and then rob the victims when they showed up expecting a nice evening out.”The fraudulent Tinder user, with the profile names ‘Becky’ or ‘Victoria,’ set a date and location to meet the male victims,” San Jose police said in a statement. “The times and locations were usually in the late evening hours on secluded streets near a park. When the victim arrived at the location, they were beaten, robbed and carjacked at gunpoint by several masked suspects.”Bryan Gonzalez, 19; Jonathan Jimenez, 18; Lesly Portillo, 18; Yadira Villarreal, 19; and an unnamed 15-year-old were arrested for the armed robberies, which took place between March 16 and March 29.All five are from San Jose. The four adults are being held at Santa Clara County Jail, while the juvenile is being held at Santa Clara County Juvenile Hall.Charges against the five people include robbery, carjacking, auto theft and a hit and run, according to San Jose police.Police used surveillance footage to identify one of the suspects, leading to a break in the case, according to San Francisco ABC station KGO.Tinder warns users to meet for the first time at “a populated, public place – never in a private or remote location,” and “get to know users online/using the app before meeting them in person.”