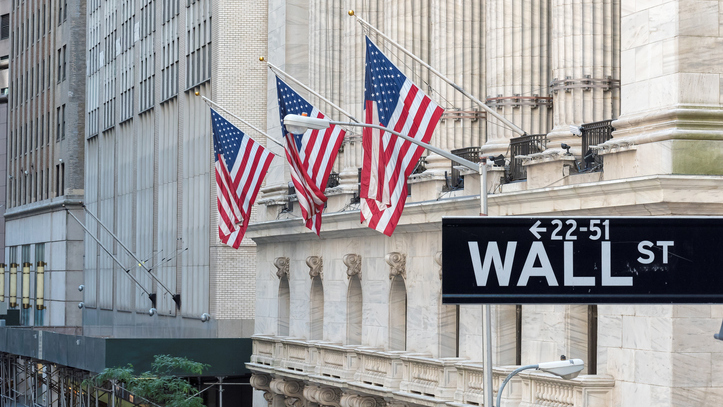 lucky-photographer/iStock
Posted on May 10, 2019 by ABC News

(WASHINGTON) — On the same morning that the U.S. more doubled the rate of tariffs on $200 billion worth of Chinese goods, President Donald Trump took to Twitter to declare that trade negotiations with China are progressing in a “very congenial manner” and falsely assert that the tariffs are going “directly to the Treasury of the U.S.”

Talks with China continue in a very congenial manner – there is absolutely no need to rush – as Tariffs are NOW being paid to the United States by China of 25% on 250 Billion Dollars worth of goods & products. These massive payments go directly to the Treasury of the U.S….

The president’s claim that revenue from the tariffs flows to the U.S. Treasury is not true. In reality, tariffs essentially amount to a tax on U.S. importers, which in turn pass the cost on to consumers. Digging in on his warring stance, the president expresses confidence in the efficacy of tariffs and reiterates that he is ready to take the conflict a step further, saying “the process has begun to place additional Tariffs at 25% on the remaining 325 Billion Dollars.” The president’s tweets expressing his comfort with staying the course in the escalating trade war come as Chinese negotiators are in Washington for two days of direct talks. While the president and his advisers had been expressing optimism in recent weeks that the trade war could be nearing an end as the U.S. and China closed in on a trade deal, the administration moved to impose increased tariffs over the last week following what the administration said was an attempt by China to make changes to the deal that had been negotiated. The White House said talks would continue Friday after negotiators again sat down face-to-face in Washington Thursday evening. “This evening, Ambassador [Robert] Lightizer and [Treasury] Secretary [Steven] Mnuchin met with President Trump to discuss the ongoing trade negotiations with China,” White House deputy press secretary Judd Deere said late Thursday. “The Ambassador and Secretary then had a working dinner with Vice Premier Liu He, and agreed to continue discussions tomorrow morning at USTR.”China’s Ministry of Commerce followed, two minutes after midnight Eastern time, with a statement, saying, “China deeply regrets that it will have to take necessary countermeasures.”Trump’s top trade negotiators, Lighthizer and Mnuchin, met with their Chinese counterparts for a meeting and working dinner that kicked off at 5 p.m. on Thursday.Initially, a 100-person team from China was expected to travel to the nation’s capital on Wednesday, but the Chinese were shaken by Trump’s tweets and the talks were delayed by a day.Administration officials were cautious about characterizing the meetings as the high stakes negotiations are still underway, but they are expected to meet again on Friday morning to continue discussions.The meeting comes on the heels of the president unexpectedly announcing plans to raise tariffs on $200 billion worth of Chinese goods — ranging from textiles to chemicals — from 10 percent to 25 percent.China’s Commerce Ministry said Wednesday that Beijing will retaliate if the U.S. actually imposes the tariffs.”The escalation of trade friction is not in the interests of the people of the two countries and the people of the world,” the ministry said. “The Chinese side deeply regrets that if the US tariff measures are implemented, China will have to take necessary countermeasures.”At a rally in Panama City Beach, Florida, the president accused the Chinese of “cheating our workers and stealing their jobs.”He added, “So they are flying in the vice premier tomorrow is flying in, good man. But they broke the deal, they can’t do that.”On Thursday, the president told reporters that the United States and China were once “very close to a deal,” and then the Chinese began to “re-negotiate.”Despite the renewed trade war, the president said he has been in touch with Chinese President Xi Jinping.”Well, he just wrote me a beautiful letter. I just received it,” Trump said. “And I’ll probably speak to him by phone.”