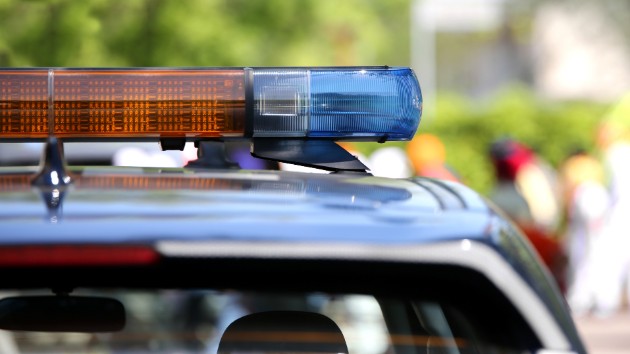 ChiccoDodiFC/iStock
Posted on May 10, 2019 by ABC News

(OXNARD, Calif.) — Bodycam footage released Thursday by the Oxnard Police Department in California shows a 17-year-old girl apologizing to officers after she was shot three times.Armed with a 12-inch chef’s knife, the teen, whose identity was not revealed and whose faced is blurred in the footage, kept walking toward Officer Timothy Roberts, who backed away from her multiple times, repeatedly asking her drop the weapon.”Put it down,” he said. “Don’t reach for the knife.””What happens if I reach for it?” she asked.”Then,” Roberts said, “something bad is going to happen. Put the knife down.”Roberts is heard on the bodycam footage requesting expedited backup.”Suspect is armed with a knife and threatening with it,” he said into his radio. To the girl: “Drop it!””No,” she responded. “Shoot me. I’ve been waiting all day. I’ve been waiting. Come on.”She kept walking toward Roberts.”I’m backing up westbound,” Roberts said into his radio. “She’s still armed with the knife, refusing to drop it.”Suddenly, the teen appears to quicken her pace toward the officer, who fires three shots, all of which hit the target.Roberts calls for an EMS unit, and he and an accompanying officer immediately began performing first aid.”I’m so sorry,” said the girl, doubled up on the ground.The incident occurred May 3. The girl still was hospitalized as of Thursday, according to the Oxnard Police Department statement.Roberts, per department policy, was placed on administrative leave as the investigation into the incident continues.A second officer responding to the scene, near a Carl’s Jr. in the 400 block of North Rose Avenue, police said, was preparing a “beanbag” shotgun to subdue the girl when she started toward Roberts and he fired his gun.Copyright © 2019, ABC Radio. All rights reserved.

Capitol riot latest: Man who allegedly dragged beaten officer down steps charged
For GOP firebrand Rep. Lauren Boebert, anger and suspicion linger after Capitol riot
Olivia Jade returns to YouTube after over a year, “I can’t change the past”
1,900 doses of Moderna vaccine destroyed after cleaner unplugs freezer in Boston
Columbus to invest nearly $5M in police bodycams after Andre Hill shooting
Clare Crawley breaks her silence on split from Dale Moss: “This was not what I expected or hoped for”