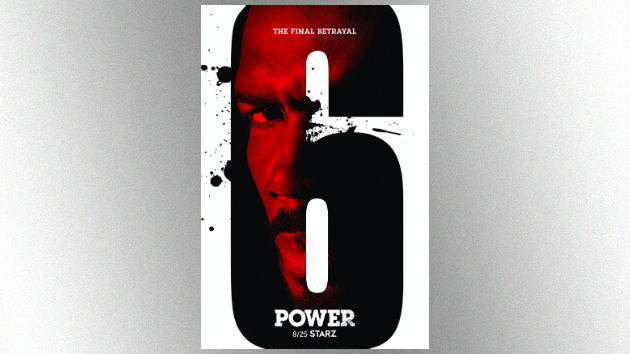 Starz’ hit series Power is officially coming to an end.

The network announced on Thursday that 50 Cent’s hit crime drama will conclude with its upcoming sixth season. The series, co-created by Courtney Kemp, will end with an extended 15-episode season which will premiere on Sunday, August 15.

Titled “The Final Betrayal,” the upcoming season is described as “a heightened and unpredictable journey” that will “raise the stakes yet again.” 50 Cent will make his directorial debut in the third episode. He will be joined by Emmy Award-winner Anthony Hemingway, who will return to direct the season’s finale.

“We will follow some of your beloved Power characters beyond the scope of the initial series,” said executive producer Courtney A. Kemp in a statement. “But we will play with your expectations of which characters, where, and the master timeline of it all, creating a Power universe as unpredictable as the original.”

The new season is said to pick up where season five left off, with James “Ghost” St. Patrick seeking revenge on his former drug partner and friend who betrayed him.