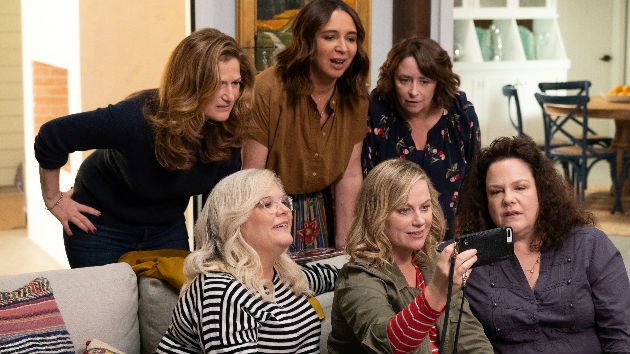 (NEW YORK) — Have you ever looked at your friends after a particularly crazy time together and thought, “This should be a movie”? Well, the ladies of Wine Country  thought it — and then they actually went and made the movie.

“So many hilarious things [happened] and just the time spent was so funny and so touching and great that first time that it was already kind of discussed like, ‘This should be a movie,’” Pell, a writer on SNL from 1995 to 2013, tells ABC Radio.

Thanks to Poehler’s production company and a green light from Netflix, they were able to make their movie idea a reality. Many real-life details from that initial girls’ trip and subsequent getaways even made it into the script — including a hilarious scene where Pell’s character buys all the ladies their very own, um, sex toys.

Next up, the women are planning another trip to belatedly celebrate the 56-year-old Pell’s 50th birthday. So, will they be mining that trip for sequel material?“Well, we keep saying we just want Netflix to allow us to do, like, every other year, another Wine Country-type movie where we’re somewhere else,” Pell says. “You know, we’re on a cruise or we’re in Hawaii or we’re in… We just want free travel, let’s just face it.”