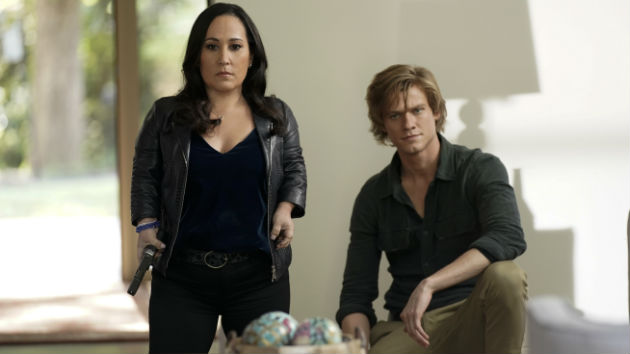 (LOS ANGELES) — The reboot of MacGyver is still going strong for CBS. The network announced Thursday that the action show and Madam Secretary, along with the military dramas SEAL Team and three other reboots — S.W.A.T., Magnum P.I. and Hawaii Five-0 — have all been given the go-ahead for the 2019-2020 season.TV icon Henry Winkler is a producer of MacGyver — both the reboot and the original series —  and he says that for him, watching the cast come together as a unit has been the most rewarding part of it.

X-Men movie veteran Lucas Till stars as MacGyver on the show, about a band of do-gooders who work for a secretive spy agency called the Phoenix Foundation. The cast also includes Tristin Mays, Justin Hires, new castmember Levy Tran and Meredith Eaton.

Winkler told ABC Radio, “What is really wonderful is to watch the cast of MacGyver from the first year to this past year — how they all grew up, and took the bull by the horns. And every one of them has grown, exponentially, you know, just a producer watching them.”

Eaton, the four-foot-tall actress who broke out as attorney Bethany Horowitz in the series Boston Legal, plays Matty Webber, the head of the foundation. Winkler singles her out for special praise.

“Meredith…who took over [the role of] the boss woman — Is she not a revelation?!” Winker gushes. “Funny, tough: She’s great!”

CBS previously renewed the comedies Mom, Young Sheldon and God Friended Me, along with the dramas Criminal Minds, NCIS, NCIS: Los Angeles, NCIS: New Orleans, Blue Bloods, for the upcoming season, as well as the freshman series FBI and The Neighborhood.

The third season finale of MacGyver airs tonight at 8 p.m. on CBS.

Coronavirus live updates: School district stops basketball games due to ‘super-spreader event’
Damaging winds expected in California, heavy snow for the Rockies and Eastern Great Lakes
“I’d be up for that!” Liam Neeson wants to re-join the ‘Star Wars’ universe with Disney+’s ‘Obi-Wan Kenobi’ show
‘WandaVision’ star Paul Bettany on his father’s struggle to come out of the closet
In scathing draft of letter never made public, Trump chided James Comey for ‘erratic,’ ‘self-indulgent’ conduct
Five steps you can take now to boost your fitness and avoid severe illness from COVID-19