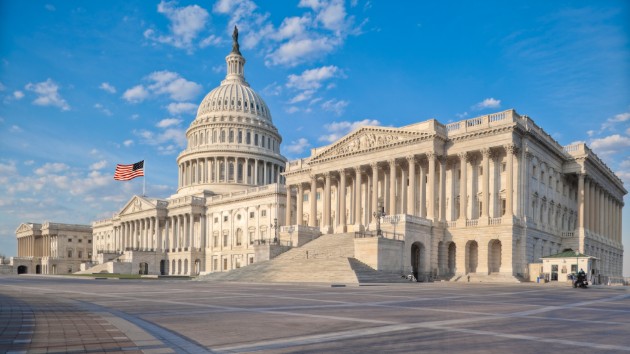 (WASHINGTON) — The head of the Office of National Drug Control Policy said his agency has made improvements in the administration’s strategy to help combat a national opioid crisis, however, a government watchdog says those efforts are still a work in progress.James Carroll, the Office of National Drug Control Policy director, once again faced the Oversight Committee on Thursday — a follow-up to his appearance in March after a Government Accountability Office report found that the National Drug Control Strategy lacked key components to address the opioid crisis and needed more accountability in addressing broader illicit drug use and prescription drug abuse. The agency’s efforts are “completely void of any performance measurement system,” Triana McNeil, the GAO’s acting director of strategic issues, told the committee at the time. On Thursday, McNeil told the committee that the GAO still needs documents from the Office of National Drug Control Policy on their matters related to budgeting.Rep. Jackie Speier, D-Calif., expressed frustration with the responses she’d received to requests for further information.“All we’re doing is asking for information that you should be able to provide us,” the California Democrat told Carroll.Minutes later, Rep. Alexandria Ocasio-Cortez, D-NY., turned the conversation to Medicaid funding cuts proposed in President Donald Trump’s budget.“While I’m pleased to hear that the administration is supporting efforts to combat the opioid crisis and that the president’s budget requests some discretionary funds for this purpose, it seems that upon closer inspection he’s actually gutting the very programs that are critical to combating the opioid epidemic,” Ocasio-Cortez said.In March, ABC News reported that the president’s budget proposes cutting some $1.4 trillion in the next 10 years from federal Medicaid spending and shifting most of that money to state-run grant programs.Ahead of the hearing, some members of the House Oversight and Reform Committee met with four individuals who have lost family members to opioids, including one father from North Carolina who founded a nonprofit dedicated to connecting people with treatment and long-term recovery care.Mike Cannon lost his youngest son, Jonathan, to an overdose. In the aftermath, he recalled noticing families in his community who avoided talking about drug addiction, out of fear of stigma.When Cannon spoke at his son’s funeral, he said he knew there may be people present facing the same struggles his son faced, and that he was there to help.Not long after, Cannon said, three young people came to him for help. To date, he said, through his efforts over 300 people have been connected with treatment.On Wednesday, Rep. Elijah Cummings, D-Md., who chairs the committee, and Sen. Elizabeth Warren, D-Mass., introduced a proposal to spend $100 billion over 10 years to combat opioid addiction, including $2.7 billion each year for the counties and cities hit hardest by the epidemic.At Thursday’s hearing, Rep. Gerald Connolly, D-Va., asked Carroll for his response to the CARE Act.”I commend the heart and spirit of this bill,” Carroll responded.Copyright © 2019, ABC Radio. All rights reserved.