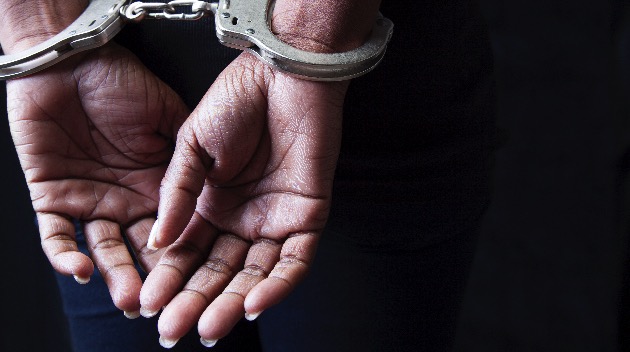 (NEW YORK) — Childcare can create complications for any working parent, but for Shalice Williams, the stakes were especially high: she was due to check in with her probation officer and was told she couldn’t bring her three children.”The children are not allowed into the office, and so me not being able to show up with my kids was technically me not showing up,” Williams said.She missed the appointment and, as a result, was later arrested for violating her parole. Unable to afford the $2,500 bail, she was held in a Baltimore jail for 42 days.Then, just ahead of Mother’s Day, Williams got a very welcome surprise and was informed that her bail would be paid by a project called “Black Mama’s Bail Out,” which had just launched a bail drive aimed at African American caregivers and moms.”It was a beautiful feeling, for people who did not know me, to come and get me out for Mother’s Day,” Williams, who is now 25 years old, told ABC News.That was back in 2017, the inaugural year of Black Mama’s Bail Out. Now in its third year, the project, which is run through the group National Bail Out, has helped release 300 people from pre-trial detention.This year, Black Mamas Bail Out will be making bail payments for more than 100 people on and around Mother’s Day in some 35 cities. In addition to making the payments, the group offers outreach, like reminding recipients of their court appearances and providing supportive services like helping to arrange housing and transportation.Criticism of cash bail – a financial guarantee that an individual will appear in court – has been gaining national attention in recent years, as reform efforts have gathered momentum in several states. California ended cash bail in August, and New Jersey effectively eliminated it in 2017. New York state recently eliminated cash bail for most misdemeanors and nonviolent crimes, but resisted the push to end it entirely.Will the state pay you for a wrongful conviction? Depends on the state.Activists say that low-income people who are unable to make bail payments unfairly face pressure to plead guilty or go into debilitating debt just to secure their release, and that the system is especially unfair to those responsible for young children.”Cash bail is one of the main drivers of mass incarceration in the U.S. and it disproportionally impacts black and low income communities,” said National Bail Out’s Arissa Hall, who is working on the campaign.Because the system “impacts people at the margins,” it can easily be ignored. And yet, hundreds of thousands of people in the country’s jails “are being held in a jail because they can’t afford jail, not because they’ve been convicted of a crime,” Hall said.Williams was initially sent to jail in 2014, when she was charged with multiple counts of second degree assault. She said she was in jail for a week after that arrest, until family members were able to raise the money to cover her bail.”That week seemed like years,” Williams said.Inmate gave birth ‘alone in an isolation cell’ hours after asking for a doctorShe was later sentenced to time served and put on probation. She only returned to jail after the 2017 parole violation when she faced childcare issues.Across the country, the number of women in U.S. jails increased 14-fold between 1970 and 2014, swelling from just under 8,000 women to almost 110,000 nationwide, according to the latest federal data.”Even as were starting to see the population of men tick downward ever so slightly, the number of women continues to grow,” said Liz Swavola, a program manager at the Vera Institute of Justice, a non-profit organization focused on criminal justice reform.”The vast majority of women are in jail for nonviolent offenses, so this includes property offenses, drug offenses and public order offenses,” such as disorderly conduct or loitering, she said, “Very low level offenses.”While judges are generally more likely to release female defendants on their own recognizance – meaning they are not required to post bail – when women are required to post bail, they are less likely than men to be able to afford it, Swavola said. And while more work needs to be done on women in jail, the available research does suggest that probation or parole violations are significant factors, she said.Activists in many states have set up community bail funds, which can be used to pay bail fees locally, and the money is reinvested once the person appears in court as required, and the bail is returned by the court.Peter Goldberg, the executive director of the Brooklyn Community Bail Fund, described the funds as an “active way for communities to push back against a system that is ransoming freedom.” Just as, during the Civil Rights Movement, an individual would sometimes bail out activists en masse, today, those who question the fairness of the cash bail system on low-income people can take action, he said.Williams knows the personal costs of being held in pretrial detention all too well.Prior to her arrest, she was working as a cashier at a local Goodwill store, but afterwards she lost her job and her housing, she said. When she was released, her belongings had been moved to the street, and neighbors had picked through it and taken what they wanted.”I had to start completely over,” she said, adding that while her children had been staying with their father while she was in jail, many of their belongings – including important paperwork like identification documents – was lost or stolen when her house was cleared out.Williams, is still looking for a stable job two years after being fired from Goodwill. She does some hair styling and babysitting – “odds and ends” she said – as she continues to look for something that’s full-time. She said that the Black Mamas Bail Out team has been helping her with housing and trying to find a job, as well as “my support system, someone to talk to.””They became family,” she said.Copyright © 2019, ABC Radio. All rights reserved.

VIP vaccines: As availability tightens, the wealthy and well-connected push for access
‘Tiger King’ star Joe Exotic reportedly looking to Joe Biden for pardon
‘The Marksman’ tops weakened box office for a second week
Fit Finance: How to create a one-year spending plan and rethink your budget
Girl, 15, stabbed to death in grocery store during fight with four younger girls
Biden set to sign ‘Made in America’ executive order