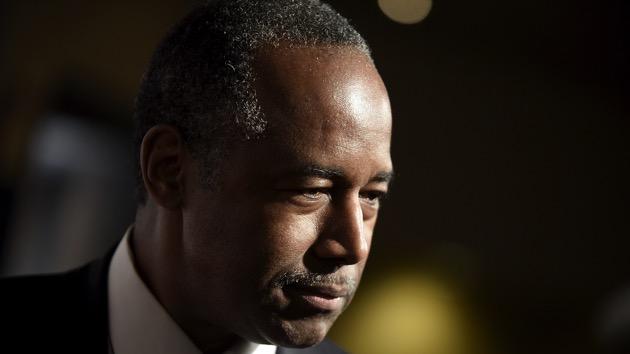 Shannon Finney/Getty Images
Posted on May 10, 2019 by ABC News

(WASHINGTON) — Housing Secretary Ben Carson advanced his plan Friday to make it harder for undocumented immigrants to live in federally subsidized housing, a move his agency estimated would also displace some 76,000 legal residents or citizens – including 55,000 children who are in the country legally.Carson’s proposal, which is subject to a 60-day public comment period and was expected to trigger a court challenge, is one of several steps the Trump administration has taken in recent months to try to curb access to public services by immigrant families. Critics say the administration’s policies will adversely impact vulnerable populations.“The administration’s proposal would break up families and cause thousands of citizens and eligible immigrants to lose their homes,” said Bob Greenstein, president of the left-leaning Center on Budget and Policy Priorities, in a statement.Undocumented immigrants don’t qualify for federal housing assistance. But under existing rules in effect for more than two decades, only one person living in a household needs to meet immigration requirements, which could include a child born in the U.S.The amount of housing assistance is then prorated based on the number of people in a household who qualify.Under Carson’s plan, every person living in a unit that receives federal assistance would have to have eligible immigration status. The rule also would require that anyone holding the lease meets its immigration requirements.According to an agency analysis of the rule, first reported by The Washington Post and confirmed by ABC News, the rule is expected to drive out of the program some 25,000 families whose members have “mixed” legal status. The analysis found that among these families, 76,141 people in these families are eligible for assistance and that 73 percent of those eligible members — roughly 55,000– are an infant, child or teen under 17 who is in the country legally and qualifies for assistance.The agency concluded Friday that the rule is likely to drive these families out of federally supported housing, rather than split up to retain benefits.”HUD assumes that most mixed households will leave HUD’s assisted housing,” the analysis states.“Our nation faces affordable housing challenges and hundreds of thousands of citizens are waiting for many years on waitlists to get housing assistance,” Carson tweeted April 18.According to HUD, the average annual subsidy received by these families is $1,900 per person, or $158 a month.The new rule posted Friday in the Federal Register and is subject to a 60-day comment period before taking effect. Housing advocates say they expect legal challenges will be filed in court.Copyright © 2019, ABC Radio. All rights reserved.