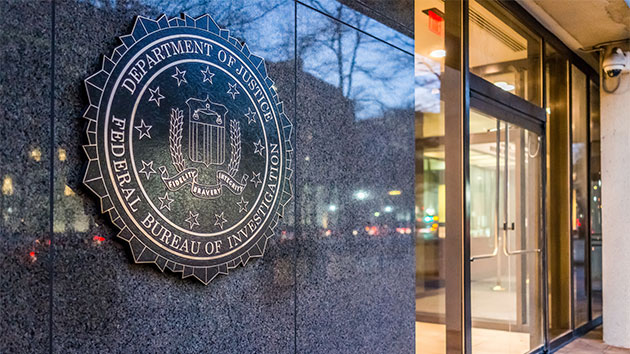 (WASHINGTON) — In a rare on-camera interview at the Brookings Institution on Friday, former FBI general counsel James Baker sought to dispute what he described as “BS” accusations of potential corruption at the origin of the investigation into the Trump campaign’s connections to Russia.

“In some ways, maybe I think it’s stupid for me to be here,” Baker said in an interview with Lawfare’s Benjamin Wittes. “But honestly, there was a point in time relatively recently where I just became sick of all the BS that is said about the origins of the investigation – and I just got fed up with it.”

Baker’s comments come amid two ongoing internal probes into the origins of the FBI’s investigation — an inspector general investigation launched more than a year ago and a separate effort by Attorney General William Barr to review what happened.

In the wake of the Mueller report’s release, Trump and congressional Republicans have doubled down on calls for those who started the probe to be investigated as part of what Trump has baselessly described as a “coup attempt.”

“You know what they want to know? How did this whole thing start?” Trump said Thursday. “It’s going to be hard for them to answer that one.”

Baker, a longtime DOJ official who started as general counsel of the FBI in 2014 during James Comey’s tenure as FBI director, left in the spring of 2018 after being reassigned when FBI Director Chris Wray arrived at the bureau.

He has been the subject of a DOJ leak investigation, and Republicans have also accused him of leaking details regarding the infamous dossier written by British spy Christopher Steele to a reporter from Mother Jones, which both Baker and the reporter have denied.

“I want to talk about the origin of the investigation to reassure the American people that it was done for lawful legitimate reasons and was apolitical throughout in my experience,” Baker said.

While Baker said he’s confident about the judgments he made at the start of the Russia investigation, he said he was “sure” the inspector general’s report would “find things I didn’t know about at the time.”

Allies of President Trump have accused the FBI of basing its investigation of the Trump campaign on the unverified and salacious details in the Steele dossier. But Baker was insistent that the real spark was an encounter between a young Trump campaign adviser, George Papadopoulos, and an Australian diplomat in July of 2016, when Papadopoulos allegedly bragged about having access to incriminating information on Hillary Clinton.

“That was the nugget of information that got everything going,” Baker said, adding he had “no doubt” even now that the information was sufficient to launch such an investigation.

“It would have been a dereliction of our duty not to investigate this information, again, given the fact that we’d been focused on the Russians as threat actors for a long time, given what was going on with respect to email dumps and hacking,” he added.

Despite the Mueller report leaving unverified most of the sensational information included in Steele’s dossier, Baker disputed that the FBI initially accepting the information was out of the ordinary.

“Steele, at the time, it was my understanding that he was thought to be a reliable source that had a prior relationship with the FBI and brought this information to us,” Baker said. “People come to us for lots of different reasons and so the FBI has an obligation to both take that seriously and be highly skeptical of the information as well, because people come to us with agendas.”

While Baker has, at times, been a direct target of President Trump’s, he dismissed he was ever involved in a “coup attempt,” and said he believed Mueller’s report revealed a “pattern of corruption” in the nation’s highest office.

“It’s troubling to say the least, it’s alarming,” Baker said. “Even if it doesn’t rise to the level of illegality, it sure looks like a pattern of corruption.”

Baker in the interview noted he was actually hired by Barr in 2008 when he joined the general counsel’s office of Verizon Wireless, but said Barr’s recent comments that there was “spying” on the Trump campaign troubled him.

“It didn’t make sense to me based on the information that I knew,” Baker said. “I honestly don’t know what he’s referring to. If he has other information available to him that somehow has not been made public I’m eager to hear it, but I don’t understand it.”

Barr has said he never intended for his use of the term “spying” to be a pejorative, and that he merely wants to know whether surveillance on members of the Trump campaign was warranted.