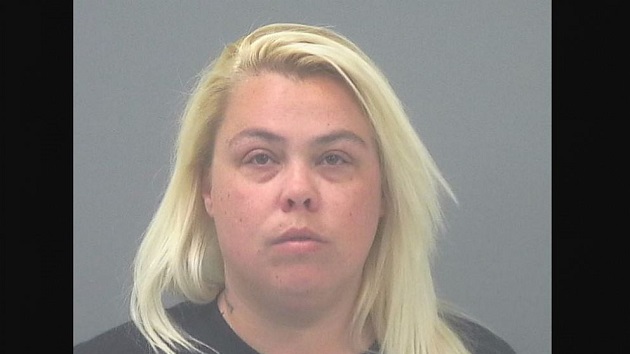 (MILTON, Fla.) — A Florida mom was charged with multiple counts of felony child abuse after her daughter’s school found “hundreds of bugs” in the young girl’s backpack, according to police.Police arrested Jessica Stevenson, 33, last week after her second-grade daughter repeatedly came to school wearing clothes that were caked with filth and a backpack infested with bugs, the Santa Rosa County Sheriff’s Office said. Authorities said they conducted a wellness check at the child’s home in Milton, Florida, about 20 miles northeast of Pensacola, where they discovered an infestation of roaches, broken windows and bags of trash throughout the home and yard, according to a police report obtained by ABC News on Thursday.The home was “extremely filthy,” barely furnished and authorities said there was no edible food inside, according to the report.The second-grader was one of five siblings who were apparently sleeping on soiled mattresses on the floor among piles of cat feces, according to police.Surprisingly, Stevenson’s bedroom was “abnormally” clean in comparison to the rest of the home, with a flat-screen TV and fresh bed linens, the report said. Officers said her closet was filled with clean clothes, but the children’s closets were not, according to the report.The children, all between the ages of 5 and 14, have been temporarily removed from Stevenson’s care.The child neglect allegations came to light on April 18 when the second-grader told authorities she couldn’t remember the last time she had a shower or bath, the report said.Officials at her school said they’d repeatedly given her clean clothing, but she would keep them on for several days in a row — even as they became more and more soiled. Investigators said the young girl’s clothing was so soiled there was “caked on fecal matter and urine soaked in.”Stevenson, who said she works at a local Circle K convenience store, was arrested last Friday on five felony counts of child neglect without great bodily harm. She was released May 4 on $2,500 bond.The woman disputed claims that she’d neglected her children in an interview with reporters outside her home on Tuesday. She said the school and sheriff’s office had “unfairly” targeted her.”I’m not a bad mom, I do everything I can. I work hard,” Stevenson told Pensacola ABC affiliate WEAR-TV on Tuesday. “They just made it harder for me.”Stevenson said she was given a no-contact order for her children, a reality she said is hard for her to explain to them.”We have roaches, people all the time tell me everyone in Florida has roaches,” Stevenson said, noting that she is a single mother living on a low income. “It’s not easy when you’re one person and five kids. I want to do better and I’m trying.”She said she’s trying to make her home more presentable and she hopes to have the bug infestation resolved soon. Stevenson could face as many as 25 years in prison if found guilty on all five counts, according to the state attorney’s office.Stevenson is next scheduled to appear in court on May 30. Copyright © 2019, ABC Radio. All rights reserved.