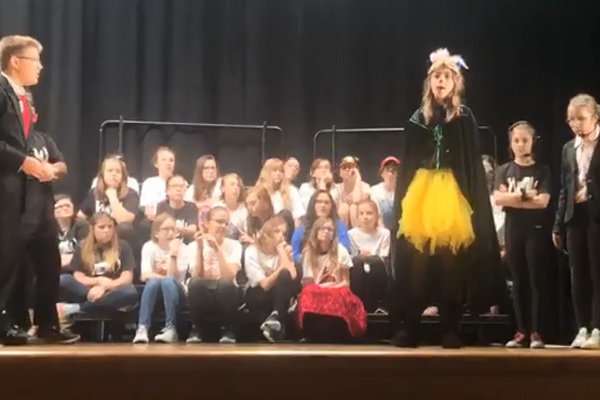 DuBois, PA – Because this is the first year that 5th graders are in the DuBois Middle School building instead of elementary, the middle school put on a special performance yesterday to show off the young students’ talents.

For many of the 5th grade band students, this is the first year they have played an instrument. Joe Sensor leads the band. They played three songs: the Five Note Warm-Up, Dragonfire, and Power Rock.

Addy Witherite played a flute solo during the intermission between the band and choir shows.

The choir not only sang but also danced and clapped. The chorus is under the director of Kristina Keith. They sang the Star Spangled Banner, Wavin’ Flag, Gotta Have the Music, and the Little Beggarman.

The show concluded with the 5th and 6th grade play, a comedy called “Brief Interviews with Internet Cats.”