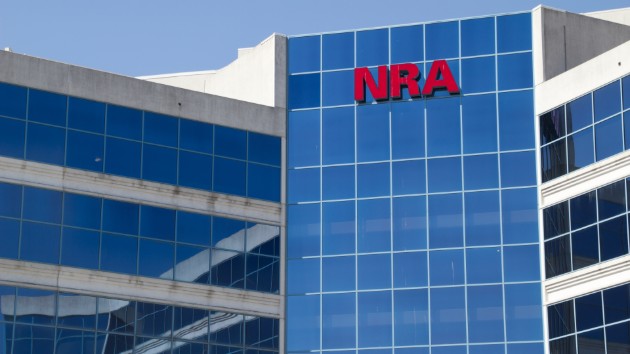 (WASHINGTON) — A Democratic lawmaker has asked the Internal Revenue Service to investigate the National Rifle Association in light of ongoing allegations of financial mismanagement within the organization.Rep. Brad Schneider, an Illinois Democrat on the House Ways and Means Committee, sent a letter to IRS Commissioner Charles Rettig Thursday to “strongly encourage you to investigate recent reports of possible wrongdoing by the National Rifle Association,” and “respectfully ask that you review whether the recent allegations against the NRA warrant reconsideration of the organization’s tax-exempt status,” in light of allegations of self-dealing first published by The New Yorker. Schneider also raised concerns about the NRA during a Ways and Means Committee hearing on Thursday.”It’s incredibly disturbing to see these allegations and to think that NRA executives are possibly misappropriating their donors contributions and abusing their nonprofit status for personal gain,” Schneider said.The NRA could not be immediately reached for comment.In late April, New York State Attorney General Letitia James announced that her office was investigating the NRA, probing into the organization’s finances and its status as a tax-exempt non-profit.In the aftermath of James’ notice, former NRA president, retired Marine Lt. Col. Oliver North, announced he would not serve a second term as president of the organization after he said that he has lost support from the gun-right group’s board following a dispute with longtime NRA chief executive and vice president, Wayne LaPierre.The announcement followed a letter that LaPierre sent to NRA board members stating that North was trying to push him out by threatening to release “damaging” information about him to the board.Schneider is not the first Democrat on Capitol Hill to call for investigations of the NRA. Last week, Sens. Ron Wyden, Sheldon Whitehouse and Bob Menendez sent a letter to NRA CEO Wayne LaPierre, former NRA President Oliver North and longtime NRA advertising agency Ackerman McQueen, requesting information including the group’s financial status, sexual harassment charges against a staff member and accusations of wardrobe expenses and excessive staff travel expenses. Copyright © 2019, ABC Radio. All rights reserved.