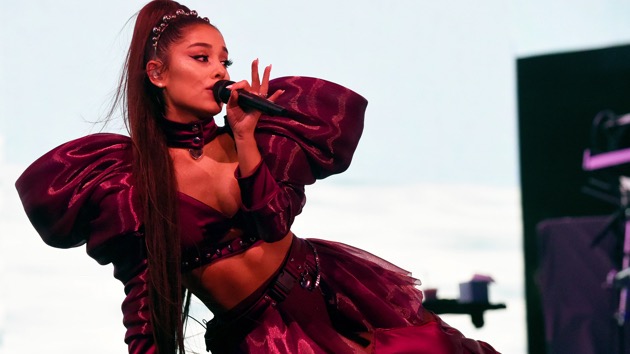 (NEW YORK) —  Ariana Grande just landed a major fashion partnership: The singer is the new face of the luxe French fashion house Givenchy.The news was announced in a series of Instagram posts Friday featuring the hashtag “#ARIVENCHY.” Grande will be featured in the designer’s Fall-Winter 2019 campaign, which will be unveiled in July.“I am so proud to be the new face of Givenchy,” the singer said in a press release. “It is a House I have forever admired and to now be part of that family is such an honor.””I love this clothing and the confidence and joy it brings to the people wearing it,” her statement continued. “Not only is the clothing timeless and beautiful but I’m proud to work with a brand that makes people feel celebrated for who they are, and unapologetic about whatever they want to be.”

Grande joins the long list of megastars who have starred in campaigns for or held ambassador positions for the brand, including Julia Roberts, Audrey Hepburn, Gisele Bündchen and Grace Kelly, among others.The brand said Grande “naturally embodies the spirit of the Givenchy woman with impertinence, generosity and a lightning wit — all cloaked in a touch of mystery,” in a statement. Copyright © 2019, ABC Radio. All rights reserved.