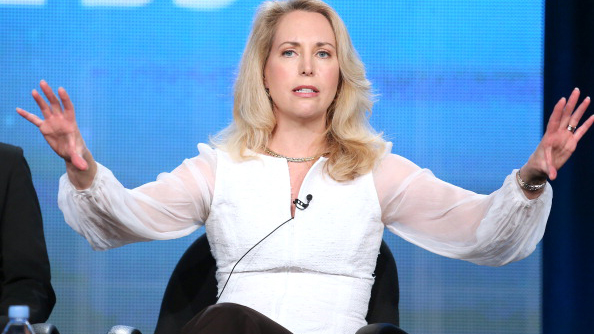 Frederick M. Brown/Getty Images
Posted on May 9, 2019 by ABC News

(WASHINGTON) — Valerie Plame, the former CIA operative who was outed as a spy by top officials in George W. Bush’s administration in the early months of the Iraq War in 2003, is running for Congress in New Mexico.”My career in the CIA was cut short by partisan politics, but I’m not done serving our country,” Plame said in a statement formally announcing her candidacy as a Democrat for New Mexico’s 3rd congressional district. “We need more people in Congress with the courage to stand up for what’s right. It’s why I couldn’t be prouder than to have the chance to represent my friends and neighbors of Northern New Mexico. I will work as hard defending my fellow New Mexicans in Washington as I did defending our country from nuclear threats.”Plame officially filed paperwork with the Federal Election Commission on Wednesday. Her entrance comes after months of speculation about her eyeing a bid for the open House seat, which is being vacated by Democratic Rep. Ben Ray Lujan, who is running for the U.S. Senate.The former intelligence operative comes out of the gate by staking her early candidacy on one of the top issues facing the country: health care. In her announcement release, she lists access and rising prescription drug costs as the key challenges she aims to take “head on in Washington.””The high cost of health care and prescription medicine is hitting everyone,” she said. “For those who can afford health insurance, there has been a steep rise in premiums and co-payments while receiving fewer and fewer services. And those who cannot afford health care are struggling to get any care at all, because insurance companies are dramatically reducing access. Everyone is losing under the health care system we have today except for insurance and drug companies.”On her campaign website, she elaborates on the other significant issues she plans to tackle to make a “brighter future for New Mexicans,” including: protecting clean air and water, equal voting rights, gun control, public education, strengthening the economy, and reducing poverty and homelessness.Plame rose to notoriety in 2003 after her identity as a covert CIA operations officer was leaked by officials in the Bush White House to undermine the credibility of her then-husband, former U.S. Ambassador Joe Wilson, after he criticized the administration’s decision to invade Iraq.”I have little choice but to conclude that some of the intelligence related to Iraq’s nuclear weapons program was twisted to exaggerate the Iraqi threat,” he wrote in a New York Times op-ed after he was sent to Niger by CIA officials on a mission to investigate the country’s sale of uranium to Iraq.Eight days after Wilson published his op-ed, columnist Robert Novak identified Plame as an “agency operative on weapons of mass destruction,” and cited two senior administration officials in his piece “Mission to Niger.”The revelation culminated in the conviction of Lewis “Scooter” Libby, former Vice President Dick Cheney’s former chief of staff. He was sentenced to 30 months in prison in 2007 for lying to the FBI and obstructing justice in the investigation into the leak of Plame’s identity. Libby’s sentence was commuted by Bush and he was pardoned by President Donald Trump in April of last year.Plame, who relocated to New Mexico after leaving the CIA in 2005, moved to Santa Fe the day after Libby was convicted for his role in outing her, she said in her campaign announcement.”I had traveled the world as part of a military family and then throughout my career. New Mexico was the first place that felt like home and that’s what it has been ever since,” she added.Before officially entering the political world as a candidate, Plame was actively engaged with the pro-Hillary Clinton Super PAC Ready for Hillary as early as 2014. Along with Wilson, the couple supported Hillary Clinton during the 2008 primary, and was one of her early supporters in 2016.Over the past decade she’s written a best-selling memoir, which was adapted into a major Hollywood film, and has made multiple public appearances to speak about issues of nuclear proliferation and women’s role in intelligence. She recently worked for the Santa Fe Institute as director of community outreach.