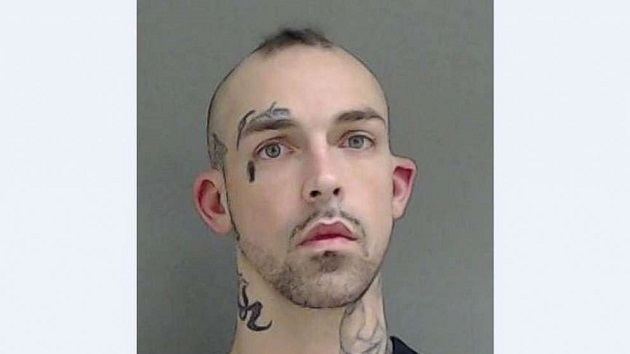 Florida Department of Law Enforcement
Posted on May 9, 2019 by ABC News

(MIAMI) — A convicted sex offender arrested Sunday in the brutal killing of a 77-year-old man in Miami Beach, Florida, has confessed to six more murders during a police interview this week.Nicholas Gibson, 32, was tracked to and later arrested in New York City while exiting a subway train after getting into a fight with officers, according to the Miami Beach Police Department. One New York Police Department officer was injured in the struggle, police said.Gibson allegedly killed 77-year-old Erik Stocker in South Florida on April 20, but his body wasn’t found until 10 days later when neighbors noticed a foul smell from his apartment. Authorities have not said how Stocker died, but the Miami Herald reported the man was mutilated with a sword.The suspect was also wanted by U.S. Marshals for failing to register as a sex offender, police said.Gibson is expected to be returned to Miami to face charges for the murder of Stocker, while Miami Beach police said he also could face charges for assaulting a New York police officer and resisting arrest.During the course of an interview this week with Miami Beach police, who traveled to New York to speak with Gibson, the 32-year-old confessed to six more murders in Florida, Georgia and California, police said.”In that interview, he admitted to his involvement in the murder of Mr. Stocker,” Ernesto Rodriguez, Miami Beach Police Department public information officer, said in a release. “We also recovered physical evidence to support the murder charges that will be filed against him once he is returned to Miami.”Rodriguez added, “Mr. Gibson also made additional statements about his involvement in six other murders during earlier times in his life.”Miami Beach police said it will be “working with law enforcement in these locations in an attempt to determine the credibility of his statements.”Officials said it will be a “lengthy process” and they cannot corroborate Gibson’s claims. Copyright © 2019, ABC Radio. All rights reserved.