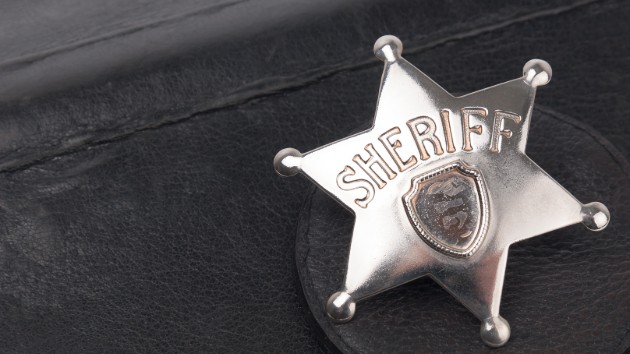 imegastocker/iStock
Posted on May 9, 2019 by ABC News

(COLUMBIA, S.C.) — A sheriff in South Carolina and two other officers have been indicted on federal charges that they allegedly jailed an innocent man for three days in retaliation for him not following their orders as they looked for a suspect after a car accident.On Nov. 20, 2018, Chester County Sheriff George Alexander Underwood, Lt. Johnny Ricardo Neal Jr. and Chief Deputy Robert Andrew Sprouse were among the authorities responding to a car accident and searching for a “fleeing” suspect when they encountered a resident, identified in court papers as K.S., recording the situation on his cellphone. K.S. lived on the highway where the accident had occurred and began recording the scene on Facebook Live. He did not “enter the roadway or interfere with law enforcement activities,” court papers said.When Underwood told K.S. to stay on the porch, the man opted to remain in the yard.”I’m telling you to get on the porch,” an officer could be heard telling K.S., according to WSOC-TV in Charlotte, North Carolina.Twenty-five minutes later, as K.S. continued to record on Facebook Live, the sheriff told him to go his porch and when K.S. did, Underwood followed him and demanded that he turn over his phone, according to court papers.Underwood then restrained K.S., telling him that he was under arrest.Court papers said K.S. suffered injuries to his head and elbow after Neal allegedly knocked him to the ground while he was handcuffed.K.S. was taken to a jail and held there for three nights after Neal placed a “hold” on him, causing a delay in the processing of his arrest.Court papers said that after learning of K.S.’ Facebook Live post, Sprouse entered the man’s house and removed his cellphone without his consent or knowledge — all without a search warrant.On Jan. 3, 2019, Underwood and Sprouse allegedly lied to the FBI about K.S.’ arrest, after having created a false police report, as well as the whereabouts of his cellphone.The three officers were charged Tuesday with several counts including conspiracy, tampering and falsification of records in a federal investigation. They are now suspended pending the investigation.In a Facebook post on April 29, Underwood said the sheriff’s office was “cooperating fully” with the investigation.”Unfortunately, I cannot comment on this investigation. However, I do plan to make an on air interview to address the citizens of Chester County as soon as I am able to do so. I ask that you be patient until then, as I am looking forward to that day,” he said.In a statement, a lawyer for K.S. — identified by his lawyer as Kevin Simpson — thanked law enforcement.”We are appreciative of law enforcement in general and particularly for those law enforcement agencies that refuse to allow the bad apples to survive in the greatest justice system in the world. The FBI and the US Attorney’s office here in South Carolina have acted like true professionals, and we feel confident that the wheels of justice will continue to turn for Mr. Simpson and his family,” Everett B. Stubbs said.