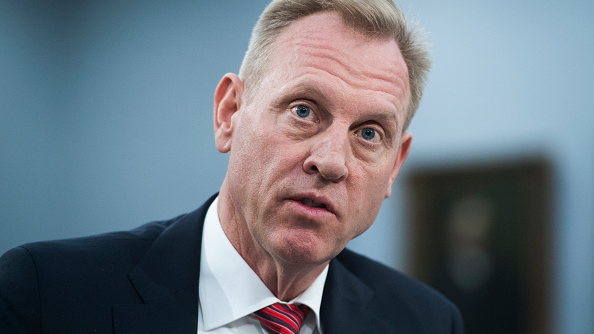 Tom Williams/CQ Roll Call via Getty Images
Posted on May 9, 2019 by ABC News

(WASHINGTON) — President Donald Trump intends to nominate Patrick Shanahan to serve as his next Defense secretary, according to a tweet from White House press secretary Sarah Sanders.

“I am honored by today’s announcement of President Trump’s intent to nominate,” Shanahan said in a statement. “If confirmed by the Senate, I will continue the aggressive implementation of our National Defense Strategy. I remain committed to modernizing the force so our remarkable Soldiers, Sailors, Airmen, and Marines have everything they need to keep our military lethal and our country safe.”The Pentagon’s Inspector General recently cleared Shanahan of alleged bias in favoring Boeing, his previous employer, during his tenure at the Pentagon.Shanahan has served more than four months as acting Defense secretary, the longest such tenure in history, even though for much of that time it had been expected that he would be nominated to the position.The former Boeing executive arrived at the Pentagon in 2017, serving as former-Defense Secretary James Mattis’ deputy despite no foreign policy or military experience. He stepped into the role of acting Defense Secretary on Jan. 1 after Mattis resigned from office following the president’s decision to withdraw U.S. troops from Syria.The president’s nomination must be confirmed by the Senate.As deputy, Shanahan managed the Pentagon’s budget, as well as day-to-day operations, and oversaw the creation of Trump’s Space Force. During his nomination process for the deputy role, the late-Sen. John McCain, R-Ariz., who was then chairman of the Senate Armed Services Committee, threatened to block his nomination because of his lack of experience and 31-year stint at a major defense company. But Shanahan was ultimately confirmed in a 92-7 vote.Shanahan clashed with senators, including Republican Sen. Lindsey Graham, R-S.C., during the Munich Security Conference in Germany last month. Graham was rallying support from European allies to leave a residual force in Syria to ensure security and stability for partners in the region. But Shanahan was seen as undercutting that message, telling those same allies that the U.S. was pursuing a unilateral withdrawal by the end of April.”Well, if the policy is going to be that we are leaving by April 30, I am now your adversary, not your friend,” Graham told the Washington Post that he said to Shanahan.But a U.S. official told ABC News the two have since patched their relationship.In his time as acting Pentagon chief, Shanahan visited U.S. troops in Afghanistan and Iraq and attended the NATO Defense Ministerial in Brussels and the Munich Security Conference, meeting with key partners and allies. He has also navigated the president’s decision to declare a national emergency on the southern border which pulls billions of dollars from the Pentagon’s coffers.Shanahan has already authorized $1 billion of Pentagon counter-narcotics money to be shifted around to pay for the construction of barriers at two border areas by the U.S. Army Corps of Engineers. He has weathered congressional criticism for the Pentagon’s plans to shift money for specific military construction projects to future border spending, for now the Pentagon continues to assess what projects might be affected.Shanahan spent three decades rising through the ranks of Boeing as an engineer, last serving as senior vice president of supply chain operations. He’s been credited with rescuing Boeing’s 787 Dreamliner passenger jet, earning the nickname “fix-it man.”When Shanahan took the deputy job in 2017, he divested his financial interests related to Boeing and signed an ethics agreement barring him for participating in Boeing-related activities — as is typical for government officials transitioning from the private sector.But his long run at Boeing also raised concerns by congress and watchdog groups that he could have favored the company over other large defense contractors while serving at the Pentagon.In late March, the Pentagon’s Inspector General launched a narrow-focused investigation to see if Shanahan had violated those ethics agreements by disparaging Boeing competitors during Pentagon meetings.The investigation concluded that while Shanahan would at times reference his experience at Boeing his comments were interpreted by meeting participants as ways to improve “government management of DOD programs, rather than to promote Boeing or its products.”

Sarah Michelle Gellar wishes her ‘Buffy the Vampire Slayer’ character a happy 40th
Amazon tells President Biden it ‘stands ready to assist’ his ambitious vaccine goals
“Come with me if you want to live” — Arnold Schwarzenegger gets COVID-19 vaccine
Former ‘That ’70s Show’ star Danny Masterson pleads not guilty to rape charges
“This isn’t going to be quiet”: Daniel Kaluuya recalls when ‘Black Panther’ went from being a movie to a “moment”
Biden inauguration live updates: Biden sworn in as 46th president