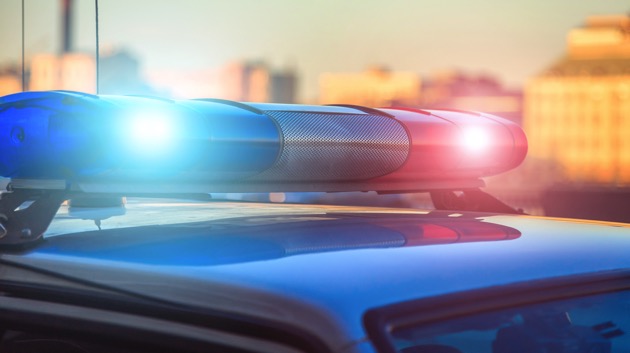 Fedorovekb/iStock
Posted on May 9, 2019 by ABC News

(ANAHEIM, Calif.) — Two California police officers fired more than 70 shots while chasing a suspect through a residential neighborhood last year, which resulted in the suspect’s death, a review by the Orange County District Attorney’s Office found.The officers were called to a home on South West Street on the morning of July 21 after the suspect’s brother called 911 out of concern for their parents, Anaheim Police Chief Jorge Cisneros told reporters at a press conference Wednesday.The caller told the emergency dispatcher that his brother was hallucinating and had been on a drug binge since July 4 and was driving around the neighborhood in his white Chevrolet S10 truck, which had a knife and gun inside of it, according to the 911 call released by police officials.The suspect, identified as 51-year-old Eliuth Penaloza Nava, was parked outside of his parents’ home, and the caller requested that law enforcement assist in “kicking him out,” saying, “They’ve gone through this issue before.”Based on the information provided, the emergency dispatcher determined it was a “priority call for service” and immediately called for officers to respond to the address, said Anaheim Sgt. Jacob Gallacher.Body camera footage released by police officials shows the officers’ response after they spot the white truck. One of the officers tells the suspect to stop the car, and the officer who is driving can be seen pointing his handgun in the suspect’s direction.The officers then activate the patrol car’s sirens, and soon after, the officer who is driving shoots through the patrol car’s windshield dozens of times as he pursues the truck.One officer then instructs the other to “start shooting,” and the officer in the passenger seat can be seen retrieving a rifle.Over the radio, one of the officers then announces that the suspect is pointing a gun backwards toward them as he flees.Once one of the officers states that the suspect has been hit and that they can see him bleeding, they stop the car and fire more shots as they approach the truck on foot.Nava then falls out of the vehicle and lies on the ground as the officers call for an ambulance. He later died at a local hospital, Gallacher said.Investigators found a compressed air BB gun that resembled a semi-automatic handgun at the scene, Gallacher said.The officers fired a total of 76 rounds, according to the report by the district attorney’s office. The officer who was driving, Kevin Pedersen, fired 64 shots, while the officer in the passenger seat, Sean Staymates, fired 12 shots, the review states.Prosecutors expressed “serious concerns” about the actions of the two officers, but the investigation did not result in the filing of criminal charges, Cisneros said. The investigation by the district attorney’s office found that a jury would “justly conclude” that the officers believed that their lives and the lives of others were in danger, according to the report.Some of those shots fired by the officers hit a building, a car and a tree, according to the police chief.The district attorney’s office characterized the officers’ actions as “alarming and irresponsible,” considering that the incident occurred on a Saturday morning when “residents, including children,” were home and on the streets, according to the report.The “primary officer,” Pedersen, was dismissed, Cisneros said. At the time of the shooting, he was in the standard 12-month probationary period following training, and he was released after he did not meet the expectations of the department, Cisneros said.Cisneros has filed a notice of intent to discipline Staymates, who is currently on administrative leave. The police chief would not discuss the proposed discipline for that officer, pending his disciplinary hearing.ABC News could not immediately reach Pedersen or Staymates for comment.Since July, the police department has enhanced its training in de-escalation, tactical communication and crisis intervention and has also purchased a “use of force simulator,” Cisneros said. In more than 200,000 interactions between Anaheim police and the public in 2018, 99.9 percent resulted in a peaceful resolution, according to the police chief.Anaheim Mayor Harry Sidhu described the body camera footage as “disturbing” and “unsettling,” but commended the police department for the steps it has taken in the months the followed.”We rely on Anaheim Police Department to carry out this responsibility with professionalism, dignity and respect,” Sidhu said. “I’m proud to see they do this consistently, sometimes in difficult and dangerous situations.” Copyright © 2019, ABC Radio. All rights reserved.