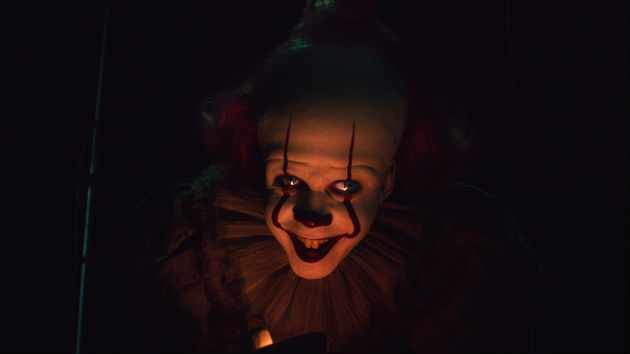 Taking place nearly three decades after the events of the first film — because evil revisits the town of Derry, Maine every 27 years — the film shows both adult and young versions of the “Losers Club.”

Playing the adult roles are Jessica Chastain as Beverly, James McAvoy as Bill, Bill Hader as Ben, James Ransone as Eddie, and Andy Bean as Stanley. Also returning as their It characters in their younger days are Sophia Lillis as Beverly, Finn Wolfhard as Richie, Jeremy Ray Taylor as Ben, Chosen Jacobs as Mike, and Jack Dylan Grazer as Eddie.

The teaser centers on Chastain’s character returning to her childhood home, and learning that the sweet old woman who now lives there has a monstrous secret.

“No one who dies here ever really dies,” the old woman tells her, before staring her down in the creepiest way possible.