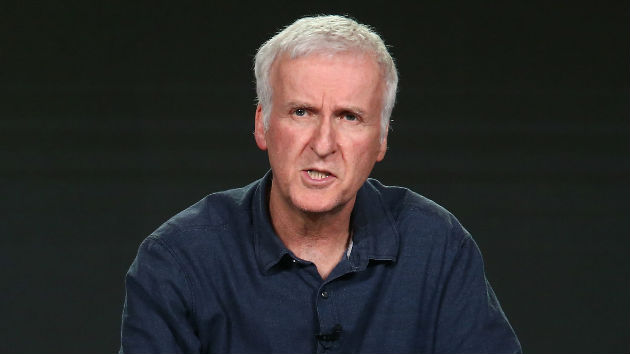 Photo by Tommaso Boddi/Getty Images for AMC
Posted on May 9, 2019 by ABC News

“An iceberg sank the real Titanic. It took the Avengers to sink my Titanic,” Alita producer Cameron wrote, with an image of the Avengers “A” acting as an iceberg to the listing luxury liner. Cameron says he “salutes” the superhero film’s “amazing achievement.”

The 22nd Marvel Studios film also became only the fifth movie in history to pass the $2 billion mark. It shares that honor with Endgame’s predecessor Avengers: Infinity War, Star Wars: The Force Awakens and another Cameron-directed epic, Avatar, which is currently the highest grossing film of all time, with a global haul just short of $2.79 billion.

It remains to be seen if Cameron will have to send out another congratulatory message to Feige and company in short order, though some prognosticators think it’s fairly certain, seeing as it took 34 weeks for Avatar to reach those heights; Endgame hasn’t been in theaters for two.

Joe Russo, who directed four of Marvel’s 22 movies with his brother Anthony, tells ABC Radio they can’t take the credit for Endgame’s record-breaking performance: “…We’ve said this: it’s standing on the shoulders of giants. You’ve got Stan Lee and Jack Kirby and [artist] Jim Starlin originally — and Kevin Feige, all the amazing writers and directors who have worked in the Marvel Universe…” (AUDIO IS ABC 1-ON-1)

Avatar was released by 20th Century Fox in 2009; after the studio merged with Disney, both Cameron’s sci-fi epic and its four forthcoming sequels — like Marvel Studios — are properties of Disney, the parent company of ABC News.