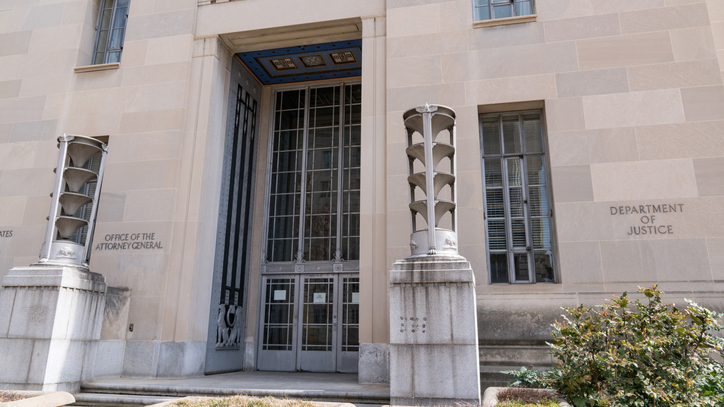 pabradyphoto/iStock
Posted on May 9, 2019 by ABC News

(WASHINGTON) — A former U.S. government intelligence analyst and Air Force veteran is charged with leaking classified information to a journalist, who then published the information in online reports, according to court documents unsealed Thursday.It’s the latest case in a Trump Justice Department crackdown on leakers.Authorities say Daniel Everette Hale, 31, from Nashville, Tennessee, worked at the National Security Agency and was enlisted in the Air Force. After leaving the Air Force worked for a contractor at the National Geospatial-Intelligence Agency, a combat support agency within the Department of Defense.While a contractor, Hale held a top secret clearance, and used that clearance to access and print 36 top secret or secret documents, 23 of which had no relevance to his work at the NGA, prosecutors said.Court documents also say that the reporter’s outlet published 17 documents in their entirety and 11 of those were marked top secret or secret.The documents Hale allegedly leaked to the reporter pertained to drone strikes overseas and the terrorist watch list.The Intercept’s Jeremy Scahill, published a 2013 story on the terrorist watch list that matches the description in the court documents, but is not named in the documents. Scahill also wrote a book in 2013 which touched on the topic of drones and was on tour for the book.”[The Reporter] wants me to tell my story about working with drones at the opening screening of his documentary about the war and the use of drones,” Hale texted his friend after meeting the reporter at a bookstore event in Washington, D.C., court documents said.The government alleges that Hale set up an encrypted messaging account to communicate with the reporter and traveled to New York to meet with the reporter. Hale also sent an unclassfifed version of his resume to the reporter while he was looking for other jobs in the intelligence community.After a night of “hanging out with journalists,” court documents said, Hale texted his friend that the people who were there could provide him “life-long connections with people who publish work like this.”The government also says that Hale stored documents on a home computer and on two flash drives. The government says that one of the flash drives contained encrypted software that was recommended by the news outlet to leak documents to them.After The Intercept published information sensitive to the 2016 election, former NSA Contractor Reality Winner was charged and plead guilty to leaking classified documents to journalists. She is currently serving more than five years in prison.In 2018, the Justice Department charged two more government officials with leaking to the press.In June, DOJ charged a former Senate aide with leaking classified material to a New York Times reporter and in October they charged a senior Treasury Department employee with leaking “highly sensitive information” about suspects in the high-profile investigation into Russia’s meddling in the presidential election, the Justice Department said in October.

Nearly a dozen ex-military members among those arrested in connection with Capitol riot
Liam Neeson reveals his plans to retire from action films
Two US COVID variants have been identified. What does that mean for vaccines?
‘Cobra Kai’ star Martin Kove had to be “persuaded” to join the ‘Karate Kid’ reboot
Nestle delivers sweet taste of nostalgia with new Cinnamon Toast Crunch milk
Shawn Johnson pregnant with baby No. 2 with husband Andrew East