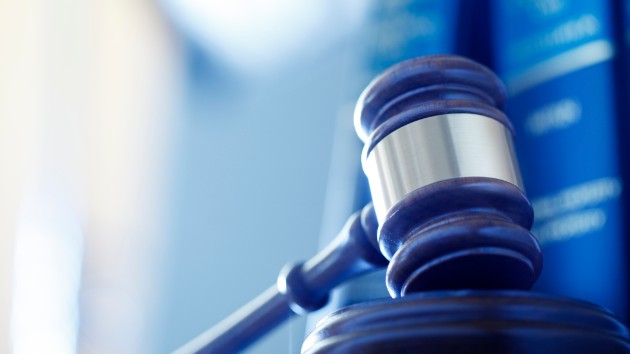 (TALLAHASSEE, Fla.) — Florida Republican Rep. Matt Gaetz is facing continued scrutiny over a tweet he posted in late February that was widely perceived as witness tampering, after the Florida Bar on Wednesday signaled that the allegations warrant further proceedings and announced that it would continue investigating the congressman.Gaetz’s controversial Feb. 26 tweet, which implied alleged details about Cohen’s romantic life could be revealed during Cohen’s public testimony the following day, is now being investigated by a Florida Bar grievance committee, though the agency is not providing any additional information beyond the case’s status at this time. Grievance committee investigations can take three to six months to complete, according to the Florida Bar. If the grievance committee finds probable cause to believe that discipline is warranted, Bar counsel will file a formal complaint against the lawyer with the Supreme Court of Florida.On Wednesday, a Gaetz spokeswoman noted that “Congressman Gaetz remains confident that the Florida Bar will not impair his vigorous and successful representation of his district.”Gaetz, a self-described Trump loyalist, tweeted: “Hey @MichaelCohen212 – Do your wife & father-in-law know about your girlfriends? Maybe tonight would be a good time for that chat. I wonder if she’ll remain faithful when you’re in prison. She’s about to learn a lot…”Gaetz was questioned by reporters moments after his tweet and initially said “the tweet speaks for itself.” Asked if the tweet should be perceived as a threat, he told reporters, “Absolutely not. We’re witness testing not witness tampering. And when witnesses come before Congress their truthfulness and voracity ought to be tested and we have the opportunity.”Asked for any proof about his allegations against Cohen, Gaetz told ABC News “tune in tomorrow and find out.” Gaetz is not a member of the House Oversight Committee, which questioned Cohen the next day in his first public hearing.Gaetz later apologized in a tweet the same night, announcing he was deleting the provocative Cohen tweet.”Speaker, I want to get the truth too. While it is important 2 create context around the testimony of liars like Michael Cohen, it was NOT my intent to threaten, as some believe I did,” he said in a response to a tweet from House Speaker Nancy Pelosi, D-Calif. “I’m deleting the tweet & I should have chosen words that better showed my intent. I’m sorry.”The Florida Republican attended the Oversight hearing, but did not ask any questions.Cohen, a longtime Trump Organization employee, pleaded guilty to lying to Congress as well as financial crimes including bank and tax fraud late last year. Cohen also pleaded guilty to campaign finance violation for payments made to adult film star Stephanie Daniels, professionally known as Stormy Daniels, during the 2016 presidential campaign.On Monday, Cohen reported to a federal corrections facility in Otisville, New York, to serve out a three-year sentence.Congressional Democrats called on the House Ethics Committee to investigate the tweet in late February, though the panel has not yet announced any actions in the months that followed.Rep. Kathleen Rice, D-N.Y., wrote the ethics committee a letter explaining that she believed the tweet was in violation of 18 U.S. Code 1512, which defines witness tampering and intimidation. Rice encouraged the committee to refer the matter to the Justice Department after an investigation. Copyright © 2019, ABC Radio. All rights reserved.

FBI discusses possibility of explosive devices at expected protests linked to inauguration
Joanne Rogers, widow of Mister Rogers, dies at 92
Companies target GOP with fundraising pullback. How much will it matter?
NY passenger bus hangs off overpass in the Bronx after crash, at least 8 left injured
With Trump impeached, Democrats turn focus toward GOP ‘accomplices’ in Capitol siege
As New York dumps Trump, a Trump exodus to Florida is underway