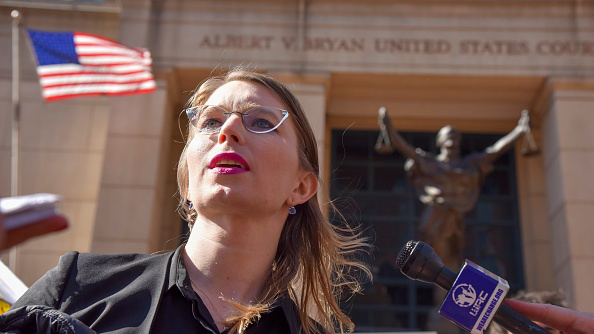 Jahi Chikwendiu/The Washington Post via Getty Images
Posted on May 9, 2019 by ABC News

(WASHINGTON) — Chelsea Manning, an anti-secrecy activist and former U.S. Army intelligence analyst, has been released from jail after a grand jury she refused to testify before expired, her attorneys said Thursday.”Today marked the expiration of the term of the grand jury, and so, after 62 days of confinement, Chelsea was released from the Alexandria Detention Center earlier today,” Manning’s legal team wrote in a statement.Upon release, however, Manning was subpoenaed to appear before a different grand jury, her legal team said.”It is therefore conceivable that she will once again be held in contempt of court, and be returned to the custody of the Alexandria Detention Center, possibly as soon as next Thursday, May 16,” her lawyers wrote.In late January, Manning was subpoenaed to testify before a federal grand jury in a sealed case out of the U.S. District Court in the Eastern District of Virginia — the same district in which the government recently filed charges against WikiLeaks publisher Julian Assange.When Manning refused to answer questions before the secret grand jury in March, U.S. District Judge Claude Hilton found her in contempt of court and she was taken into custody.The judge said she would be held until she decided to testify or until the grand jury concluded its work. An attorney for Manning has called her incarceration “an act of tremendous cruelty.”Manning was sentenced to 35 years in prison in 2013 for the unauthorized disclosure of classified materials made public by WikiLeaks in 2010, but her sentence was commuted by President Barack Obama in 2017.But in April, federal prosecutors in the United States unsealed a computer hacking indictment against Assange for his role Manning’s disclosure of classified documents, which the government called “one of the largest compromises of classified information in the history of the United States.””During the conspiracy, Manning and Assange engaged in real-time discussions regarding Manning’s transmission of classified records to Assange,” prosecutors said in a press release.Assange is fighting extradition to the United States to face the charge.