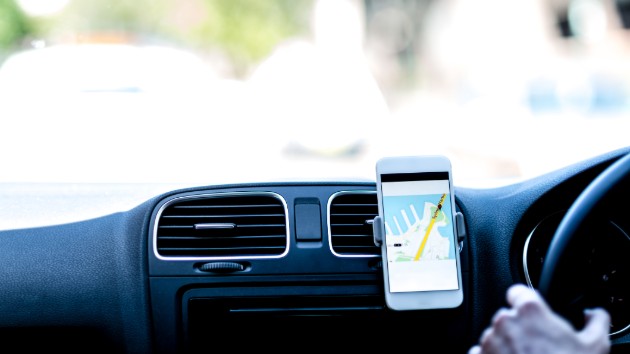 (NEW YORK) — Uber and Lyft drivers around the world are striking on Wednesday to improve wages and working conditions just two days ahead of Uber’s monster IPO that could generate $80 million to $90 million. The hours drivers plan to strike vary by location but will span from New York to Atlanta to Tokyo. In New York, drivers are striking from 7 a.m. to 9 a.m., according to the New York Taxi Workers Alliance. In some cities, like Los Angeles, drivers are being urged to keep the ride-sharing apps off all day. In Atlanta, the strike is slated for noon to midnight.In general though, workers are protesting blockbuster paydays for high-level executives while driver pay continues to get slashed. Drivers are independent contractors, not employees, so they don’t receive benefits like health insurance. Meanwhile, they’ve said their pay keeps going down as their costs go up.New York drivers are fresh off a recent win against the city with a new law that mandates ride-hail companies pay at least $17.22 an hour after expenses, which other cities have hailed as an example, especially in expensive housing markets like L.A. Still, drivers say it’s hard to make ends meet in major markets on that wage.In March, Lyft went public with a $24 billion IPO. Uber’s likely will be almost four times that size. Despite the massive valuations, neither company has a clear path to profitability.”These investors of Lyft are making hundreds of millions and billions in the IPO while millions of drivers are trying to make rent,” Sinakhone Keodara, a Lyft driver in L.A. who was recently homeless, told ABC News at the time. “In this new economy, there cannot be innovation without labor standards.”Uber issued a statement through a spokesperson, saying: “Drivers are at the heart of our service — we can’t succeed without them — and thousands of people come into work at Uber every day focused on how to make their experience better, on and off the road. Whether it’s more consistent earnings, stronger insurance protections or fully funded four-year degrees for drivers or their families, we’ll continue working to improve the experience for and with drivers.”Lyft also issued a statement, which said: “Lyft drivers’ hourly earnings have increased over the last two years, and they have earned more than $10B on the Lyft platform. Over 75 percent drive less than 10 hours a week to supplement their existing jobs. On average, Lyft drivers earn over $20 per hour. We know that access to flexible, extra income makes a big difference for millions of people, and we’re constantly working to improve how we can best serve our driver community.”

The significance of the Bible Joe Biden is using on Inauguration Day
What happens inside the White House on Inauguration Day
Coronavirus live updates: Biden to sign order requiring masks on federal property
Donald Trump leaves White House hours before Biden’s inauguration
Jake Gyllenhaal hails ‘Donnie Darko’ on its 20th anniversary: “It’s a film that changed my life”
The COVID-19 challenge Biden faces on Day One as president