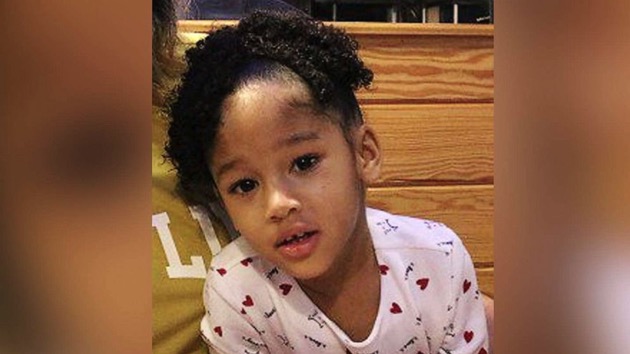 (HOUSTON) — Authorities have suspended the search for missing 4-year-old Maleah Davis after parts of Texas were inundated with heavy rains and flooding.A group that was helping with the search said it would be suspended until further notice.”The areas we had planned to search have been flooded with the recent heavy rains, and this could restrict us from being effective in finding Maleah,” Texas EquuSearch, a group that provides volunteer horse-mounted search and recovery groups in missing persons cases, announced on its Facebook page.”Some of the areas are now filled with deep rain water, and this would greatly limit our searchers and accessibility,” the group said.Maleah Davis was last seen on May 3. An Amber Alert was issued Sunday morning.The girl’s stepfather, Darion Vence, claimed that three mystery men beat him up and briefly held him and Maleah’s 2-year-old brother hostage. He later told police that the men dumped him and the boy on the side of the road and fled with Maleah.According to Sgt. Mark Holbrook of the Houston Police Department Homicide Division, Vence said that he went in and out of consciousness during the ordeal and, at one point, woke up to find the suspects driving him and the two children around in what he described as a blue pickup truck.Vence told police that he eventually regained full consciousness around 6 p.m. on Saturday, waking up on the side of a road in the Houston suburb of Sugar Land with his toddler unharmed near his side. Maleah was nowhere to be found, Vence told police.ABC station KTRK reported that Texas EquuSearch became involved in the case Monday after their help was requested by the Houston Police Department.Copyright © 2019, ABC Radio. All rights reserved.