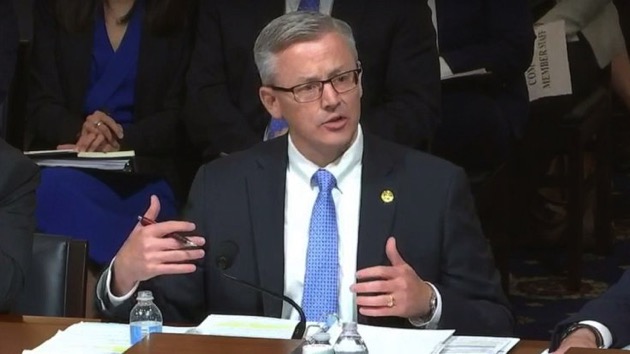 House Homeland Security Committee
Posted on May 8, 2019 by ABC News

(WASHINGTON) — The FBI is currently investigating nearly 850 people across the United States as possible domestic terrorists, including many white supremacists and anti-government Americans, and U.S. authorities are seeing “a tide change” in social media companies trying to stop the spread of hate, the head of the FBI’s counterterrorism division told lawmakers Wednesday.The testimony from FBI Assistant Director Michael McGarrity came less than two weeks after authorities say a 19-year-old California man launched a deadly attack on a synagogue outside San Diego, allegedly leaving behind a message online touting white supremacy and anti-semitism. Months earlier, another assault on a synagogue in Pittsburgh left 11 people dead.“That mobilization to violence is much quicker” than it used to be, McGarrity warned on Wednesday, noting that anyone “can go on the internet and find content that justifies what you want to do.”McGarrity emphasized that “domestic terrorism” — often rooted in racially-motivated extremism, anti-government extremism or environmental extremism — is different than “homegrown” terrorism, which is inspired by international terrorist groups like ISIS and Al Qaeda.“In fact, there have been more arrests and deaths in the United States caused by domestic terrorists than international terrorists in recent years,” he told lawmakers.He said that of the 850 domestic terrorism investigations currently underway inside the United States, about 40 percent target subjects who adhere to racist ideologies, and “a significant majority” of them are white nationalists or white supremacists. The vast majority of the other cases involve subjects who promote anti-government or anti-authority sentiments, according to McGarrity.The number of current domestic terrorism investigations is actually down from six months ago, McGarrity said. In September 2017, FBI Director Chris Wray testified that — at that time — the FBI was conducting about 1,000 domestic terrorism investigations.Nevertheless, on Wednesday, McGarrity said “the velocity” of domestic terrorism cases “is much quicker than it’s ever been.” Like ISIS-inspired terrorists, domestic terrorists are being radicalized much faster than ever before thanks to the internet, and that makes it much harder for authorities to detect them, McGarrity said.McGarrity said the “most deadly” domestic terrorism threat facing the country is “the lone offender who self-radicalized online [and] who has access to a weapon.”However, McGarrity said, “We are seeing a tide change in social media companies being more proactive, policing their own.”A senior official from the Department of Homeland Security’s Office of Intelligence and Analysis, Brian Murphy, seemed to agree, saying, “We are making strides, and we would like to keep making strides.”But Murphy indicated that not all social media companies are as willing to police their own content as some of their competitors.Copyright © 2019, ABC Radio. All rights reserved.