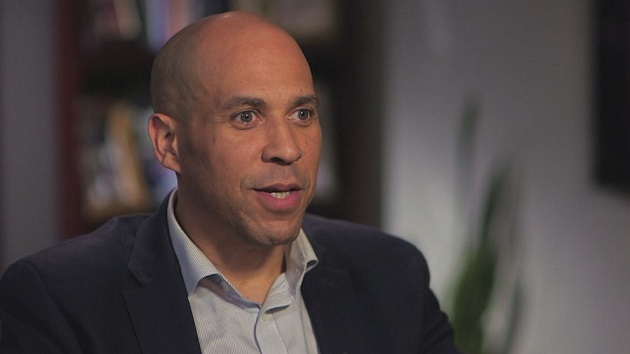 He added later that Dawson is transforming the way he looks at the world and making him a better person.

“She’s challenging me to be the best me, and I’m not talking about my professional life, it’s just in my personal life,” he said.After launching his campaign in early February, Booker received the support of 2 percent of Democratic and Democratic-leaning respondents in two separate national polls released last week, conducted by Quinnipiac University and CNN, respectively.Back on the street in Newark, Booker was asked if he could charm America the way he has charmed some people in the city.“I don’t think our country needs a charmer; I think our country needs people who are authentically themselves. I broke in this city many times, and it’s tough terrain,” he said. “I’ve always said, if America hasn’t broken your heart, you don’t love her enough. But you break down, you break open, and this city has put me back together. I love this city more than I could ever pay back.”At the corner of Dr. Martin Luther King Jr. Blvd. and Crawford, Bessie Thomas asked if she could get an autograph from Booker.“I love you,” she told him.“I love you too,” he replied.