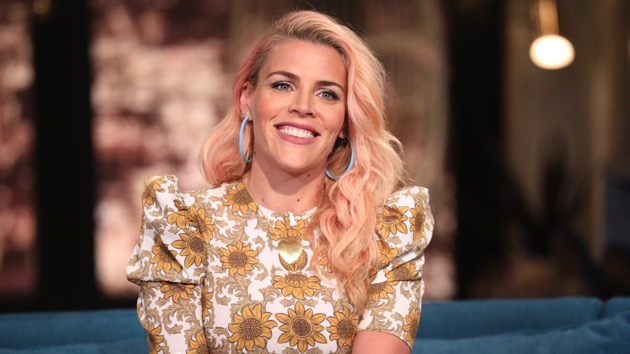 (NEW YORK) — Actress and talk show host Busy Philipps spoke out about the recent “heartbeat” abortion bills introduced in various states that have been signed into law, or are pending.Phillipps brought her own life to the forefront to humanize the issue and get her point across, revealing Tuesday night on her show that she had an abortion at 15.”Yesterday, the governor of Georgia signed a bill effectively banning abortion in that state,” she wrote Wednesday on Instagram. “There are 11 states where similar legislation is pending. I get why people feel strongly about abortion …BUT I also know that women and their doctors are in the best position to make informed decisions about what is best for them. Nobody else.”The actress was referring to the bill signed into law earlier this week in Georgia banning abortions after a fetal heartbeat is detected, which can happen as early as six weeks into a pregnancy.Georgia follows states like Kentucky, Mississippi and Ohio, which have also passed similar bills. No states have put the laws into practice yet, as they all have faced immediate legal action by organizations such as Planned Parenthood.”No bill that criminalizes abortion will stop anyone from making this incredibly personal choice,” said Philipps.She added that “every woman deserves compassion and care, not judgement.”Philipps, who is now a mother of two, said she was speaking about her own abortion “because I’m genuinely really scared for women and girls all over this country.”Philipps encouraged other women to share their stories, and personalize how these new laws could affect someone you know.The actress is certainly not the only person or organization to speak out against the Georgia bill.When the bill was announced earlier this week, the Georgia chapter of the American College of Obstetricians Gynecologists released a statement saying the law leaves them “gravely concerned for the health and well-being of women and families across Georgia.”Copyright © 2019, ABC Radio. All rights reserved.