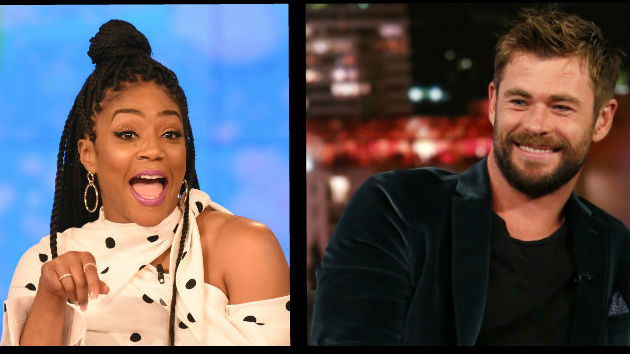 (LOS ANGELES) — Tiffany Haddish and Chris Hemsworth are headed to the Outback.

Deadline has learned that Haddish and Hemsworth have joined forces for a new buddy cop comedy called Down Under Cover. The film is said to be in the same vein as odd couple cop stories like 48 Hours, Rush Hour, and The Heat.

This is the latest project for Haddish, whose upcoming movies include The Kitchen with Elisabeth Moss and Melissa McCarthy, and Limited Partners with Rose Byrne and Salma Hayek.

Hemsworth, meanwhile, stars in the upcoming spinoff movie Men In Black: International alongside Tessa Thompson. Both also appear in Avengers: Endgame as, respectively, Thor and Valkyrie.