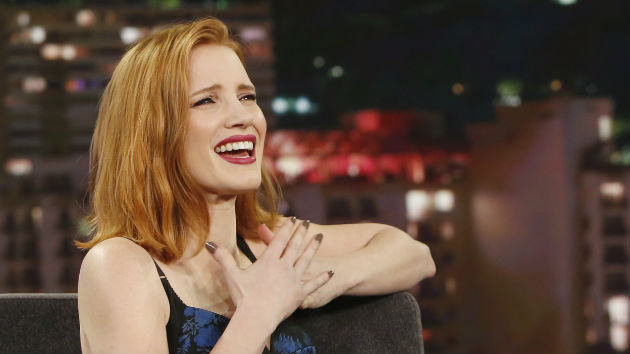 (LOS ANGELES) — While there have been plenty of complaints about Sunday night’s Game of Thrones episode — Jon’s not even going to pet Ghost goodbye? — one particular line of dialogue has sparked outcry on social media, and even actress Jessica Chastain is speaking out about it.

On Sunday night, Sophie Turner’s Sansa reunites with The Hound, and they reminisce about what happened to her since their time in King’s Landing. When he notes that she used to be too scared to look at him, she responds, “That was a long time ago. I’ve seen much worse than you since then.”

He responds, referring to her horrific treatment at the hands of Ramsay Bolton, “Yes, I’ve heard. I heard you were broken in. Broken in rough.”

After Sansa describes how she fed Bolton to his own dogs, the Hound says, “You’ve changed, little bird,” and adds, “None of it would have happened if you’d left King’s Landing with me. No Littlefinger. No Ramsay. None of it.”

And then Sansa drops this line: “Without Littlefinger and Ramsay and the rest, I would have stayed a little bird all my life.”

Chastain, who co-stars with Turner in the upcoming X-Men movie Dark Phoenix, took to Twitter to object, stating, “Rape is not a tool to make a character stronger. A woman doesn’t need to be victimized in order to become a butterfly. The #littlebird was always a Phoenix. Her prevailing strength is solely because of her. And her alone.”

Other fans agreed, with one writing, “I still love #GameofThrones but this show proves over and over again they have no idea how to write about rape. Sansa just shrugging off what happened to her by saying she’s stronger for it?? do any women write for this show…?”

Vanity Fair made the same point.