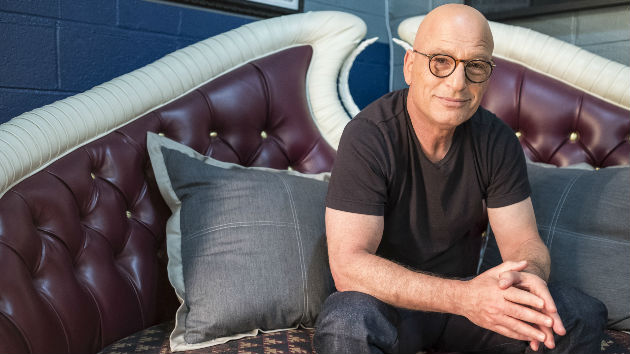 The Take Cholesterol to Heart Campaign
Posted on May 7, 2019 by ABC News

(NEW YORK) — Howie Mandel returns to America’s Got Talent at the end of this month, but he’s also got a host of other projects, including a comedy special, and advocating for a cause that’s literally close to his heart.

Mandel’s new special, Howie Mandel Presents Howie Mandel at the Howie Mandel Comedy Club, is his first in 20 years. While times have changed, he admits, “I don’t know if it’s harder, but it’s scarier.”

Mandel’s also the new face of Take Cholesterol to Heart, an initiative which raises awareness of high cholesterol.  The comedian was diagnosed with it in his 30s but thanks to diet and medication, the 63-year-old star has it in check.  However, he admits it was a wakeup call.

Mandel adds, “You know today even more than ever, with the loss of John Singleton and Luke Perry, you realize how prevalent…stroke and heart disease is. And high cholesterol is the leading cause of that.”

On another topic, how much does Mandel recall of Duchess Meghan Markle, who was one of his show Deal or No Deal’s signature briefcase models back in the day?

“I have no recollection of her at all,” Howie admits, “But yeah, it’s kind of cool…And I would imagine some of the new models [on the show] will one day be vice presidents, at least.”