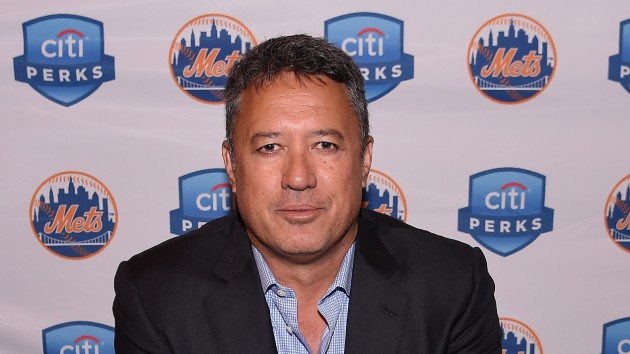 Nicholas Hunt/Getty Images for Citi
Posted on May 7, 2019 by ABC News

(NEW YORK) — SNY broadcaster and former New York Mets pitcher Ron Darling announced on Monday that he has been diagnosed with thyroid cancer.”After the removal of the mass on my chest along with further tests, I have been diagnosed with thyroid cancer,” Darling said in a statement he posted on Twitter. “My doctors have said they are optimistic that the cancer is treatable and that I would be back on air talking baseball in the next month or so.” “I would also like to take this opportunity to thank everybody for their continued support,” he added.In mid-April, Darling, 58, shared on Twitter that doctors had found a mass on his chest, requiring surgery and forcing him to take some time off from his duties at SNY.In a statement Monday, the Mets responded to the news, saying, “Upon receiving today’s update on Ron’s prognosis, we are comforted to know that his condition is treatable and look forward to seeing him back on the air soon.”Copyright © 2019, ABC Radio. All rights reserved.

Capitol rioter who allegedly tweeted he wanted to ‘assassinate’ Alexandria Ocasio-Cortez faces 5 charges
Schumer announces Trump impeachment article to be sent to Senate Monday
Tom Holland admits he broke his laptop when he found out he was the new Spider-Man
Carole Baskin relieved Joe Exotic did not receive presidential pardon: “He belongs in a cage”
Coronavirus live updates: Fauci announces US will remain member of WHO
Former ‘That ’70s Show’ star Danny Masterson pleads not guilty to rape charges