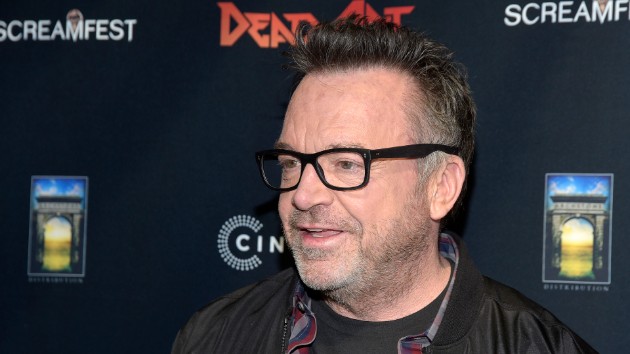 Michael Tullberg/Getty Images
Posted on May 7, 2019 by ABC News

(WASHINGTON) — Michael Cohen, the former fixer and personal attorney of President Donald Trump, had just six weeks of freedom before his three-year prison term was set to begin. He was feeling reflective, grappling with the repercussions of his public and precipitous split with the president. “I had a mission that I needed to fulfill,” Cohen, who once boasted he “would take a bullet” for his former boss, told Tom Arnold, the actor and comedian, in a March 25 phone conversation. “I needed to get the truth out there.”Arnold shared excerpts of his conversation with Cohen on ABC News’ “The Investigation” on Tuesday. The Wall Street Journal first reported some details of their discussion last month.”It’s very hard when you spend 10 years taking care of somebody and their family,” Cohen said, referring to his time with Trump, before adding, “look, I always knew, you know, who he was and what he was and so on.”

[ READ THE FULL TRANSCRIPT OF ARNOLD’S INTERVIEW ON “THE INVESTIGATION” ]

On Monday, Cohen, who pleaded guilty in 2018 to charges of campaign finance violations, lying to Congress and a bevy of financial crimes, reported to the federal corrections facility in Otisville, New York, to begin serving his sentence.During his conversation with Arnold, Cohen relayed his frustration at taking the fall for what he claims are the crimes of others — including the president.”My family’s happiness, my law license, I lost my business, I lost everything – my insurance, my bank accounts,” Cohen complained. “All for what? Because Trump had an affair with a porn star? That’s really what this is about.”Federal prosecutors implicated the president in Cohen’s campaign finance violation, writing in court documents that then-candidate Trump directed Cohen to make payments in an effort to keep adult film actress Stormy Daniels and former Playboy playmate Karen McDougal from making their allegations of affairs with Trump public. Trump has denied directing Cohen to break the law.Cohen complained to Arnold that he did not receive adequate credit for his cooperation in several state and federal investigations targeting Trump, his business empire, his charitable foundation and his associates, recounting his surprise at the judge’s decision “to throw a three-year freaking sentence.””After a hundred hours of testimony, including 7 1/2 hours of being beaten up on international television,” Cohen said, referring to his public testimony before the House Oversight Committee in February, “you would think that you would have folks stepping up and saying, ‘This guy’s lost everything."”Congressional Republicans later referred Cohen’s testimony to the Justice Department, citing what they said were several lies he told the committee, though the DOJ has yet to publicly indicate they’re pursuing additional charges. During his conversation with Arnold, Cohen lamented how Republicans turned on him after he turned on Trump.”You would think that I had killed one of their grandchildren. I mean they were so tough, they were so angry, and they were so nasty,” said Cohen, who once served as the vice chair of the Republican National Committee, before recounting an altercation with one of the Republican committee members.”I turned and said, ‘Do you mind if I say something here in my defense?"” Cohen said. “‘You didn’t think I was this bad of a guy when I was out there raising $140 million for the RNC as the vice chair, right?"”Despite his clashes with Republicans, Cohen sparked a friendly exchange with Rep. Eric Swalwell, a Democrat on the Oversight panel and prospective 2020 candidate.”He’s a really good guy,” Cohen said. “And I said to him, ‘You know what, can I say something to you?’ He goes, ‘Of course.’ … ‘How about a Biden-Swalwell ticket?’ Right?”Arnold, a Hollywood fixture who has appeared in more than 130 films, seems an unlikely confidante for the former New York-based attorney. The two met last year in New York and struck up a friendship.”I want him to know he did a good thing, he came through,” Arnold said on “The Investigation.” “He did make a difference, you know, I don’t know what people think — he genuinely is a good guy, you know, we all make mistakes.”Arnold said he decided to release the recording of his conversation with Cohen for Cohen’s own good.”It’s the best of all worlds,” Arnold explained. “You could blame me if anybody says anything, you say, ‘Tom Arnold recorded me, man. Tom Arnold’s a jerk. He recorded me, I didn’t know it.’ So, that’s the best thing going, you can always blame me. This is the perfect situation.”Cohen, scheduled for release in mid-2022, also was ordered to pay $1.39 million in restitution plus $500,000 in forfeiture for the financial and campaign finance crimes. He faces an additional fine of $50,000 for lying to Congress.Copyright © 2019, ABC Radio. All rights reserved.