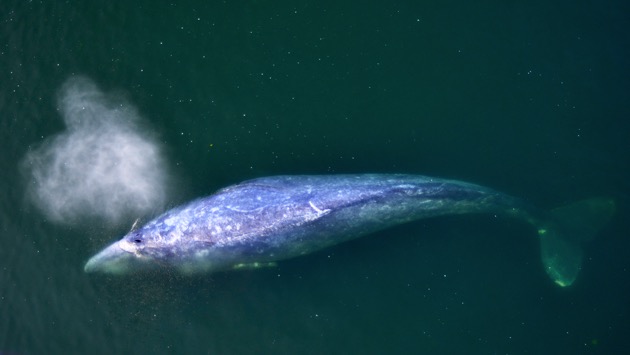 rainngirl/iStock
Posted on May 7, 2019 by ABC News

(SAN FRANCISCO) — A dead gray whale washed ashore California’s San Francisco Bay Area on Monday — the ninth one this year, scientists said.The dead whale was found on Ocean Beach in San Francisco early Monday morning. Scientists will perform a necropsy on the animal Tuesday to determine the cause of death, according to The Marine Mammal Center in Sausalito, which has completed necropsies on eight beached gray whales in the region so far this year.The length, age and sex of the ninth whale was not immediately disclosed.“The death of nine gray whales in the San Francisco Bay Area this year is a cause for serious concern and reinforces the need to continue to perform and share the results of these type of investigations with key decision-makers,” Dr. Padraig Duignan, chief research pathologist at The Marine Mammal Center, said in a statement.Blunt-force trauma from ship strikes, malnutrition and entanglements are the most common causes of death in whales that The Marine Mammal Center’s research team has investigated. The previous necropsies this year confirmed that four died from malnutrition and three died from ship strikes. The cause of death of the eighth whale has yet to be determined, according to the center.The center said biologists have seen gray whales in “poor body condition” in recent months, possibly due to “anomalous oceanographic conditions over the past few years that have contributed to shifting food sources.” The numbers of gray whales in the San Francisco Bay Area are greater than usual this time of year as the population migrates north, according to the center.“We are committed to partnering with organizations and individuals to find long-term environmental solutions to prevent these deaths in the future,” Duignan said.Meanwhile, more than a dozen dead gray whales have been found along shorelines in nearby Washington state. The total number of strandings on the West Coast this year is now at least 46, compared to 25 for all of last year, according to ABC Seattle affiliate KOMO.