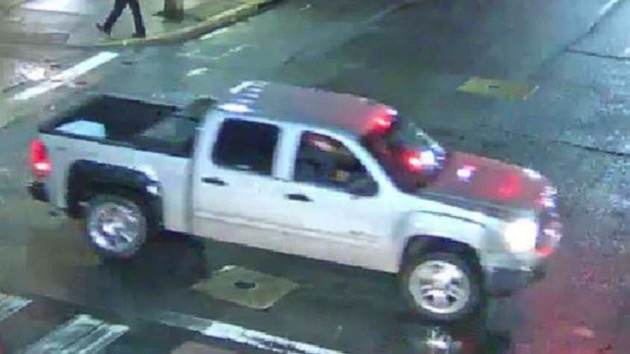 Newark Police Department
Posted on May 6, 2019 by ABC News

(NEWARK, Del.) — A woman was sexually assaulted by an armed man claiming to be a ride-share driver early Saturday, police said.Authorities arrested 41-year-old Roberto Rodriguez of Newark and charged him with first-degree rape, possession of a deadly weapon during the commission of a felony and theft, among other charges.The 21-year-old woman was walking on South Chapel Street near East Delaware Avenue in Newark, just a couple blocks from campus, at about 1:15 a.m. when a man pulled up, identified himself as a ride-share driver and asked if she needed a ride, according to the Newark Police Department.The woman had not called for a ride, but got into the vehicle.After she got into the vehicle, the man drove northbound before pulling over and forcing the woman at knifepoint to perform a sex act, police said.She exited the vehicle “after the sexual act was completed” and called 911 from a nearby residence, according to Newark police.The woman told police the man was driving a silver, four-door GMC truck with an extended cab. Authorities later released pictures of the suspected vehicle in the area.She was treated for minor injuries at a local hospital.Rodriguez is being held on $63,000 bail. He has been transported to the Howard R. Young Correctional Facility in Wilmington.Police have not said whether the woman is a student at the University of Delaware. Spring semester at the university, which has about 18,000 undergraduates, does not end until May 30.The incident is part of a trend of assaults by people posing as ride-share drivers. The problem was brought further into the national consciousness when a student at the University of South Carolina was killed after getting into what she thought was an Uber.Samantha Josephson, a 21-year-old from New Jersey, was out drinking with friends near the campus when she got into a car she thought was the Uber she had requested. Instead, the man was posing as a driver and later killed the woman.Nathaniel Rowland has been charged with murder and kidnapping in the case. Copyright © 2019, ABC Radio. All rights reserved.