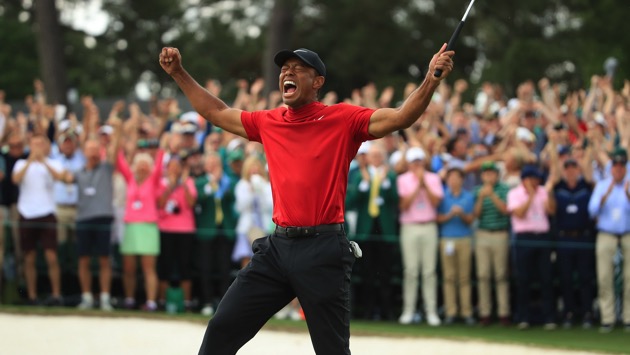 Andrew Redington/Getty Images
Posted on May 6, 2019 by ABC News

(WASHINGTON) — It’s a sports kind of day at the White House. For the second year in a row, President Trump will present the Commander-in-Chief’s trophy to the Army football team on Monday. The West Point squad once again came out on top in a round robin competition against the Naval Academy and the Air Force Academy. Later, the president will turn his attention to his favorite sport — golf. Monday night, President Trump will present the Presidential Medal of Freedom to Tiger Woods, just weeks after the golf star won the Masters tournament. The president said he was awarding the medal to Woods because of his “incredible success and comeback in sports [golf] and, more importantly, life.”The Medal of Freedom is the nation’s highest honor a civilian can receive.Copyright © 2019, ABC Radio. All rights reserved.