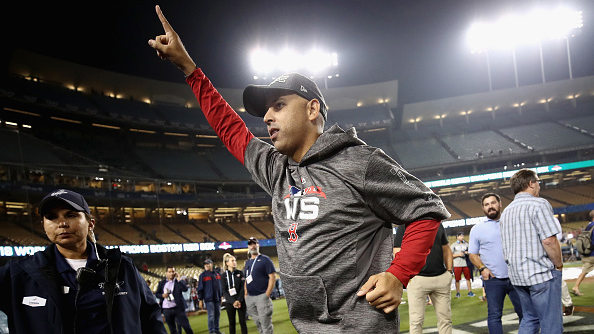 (BOSTON) — Amid ongoing criticism over relief funding and the Trump administration’s handling of hurricane-related devastation in Puerto Rico, the Boston Red Sox will now be one leader shy of a full team when the World Series champions visit the White House on Thursday to celebrate their historic 2018 season.Red Sox manager Alex Cora, the latest member of the team to bow out of the visit, told a Puerto Rican newspaper he “doesn’t feel comfortable celebrating” at the White House because of the way President Donald Trump has handled natural disaster relief following Hurricane Maria, which struck his home of Puerto Rico in September of 2017.“Even though the United States Government has helped, there’s still a long road ahead and that is our reality. I’ve used my voice on many occasions so that Puerto Ricans are not forgotten and my absence [from the White House] is no different. As such, at this moment, I don’t feel comfortable celebrating in the White House,” Cora told El Nueva Dia, a Puerto Rican newspaper. In August, officials raised the official death toll from Hurricane Maria to almost 3,000 people.Zineb Curran, the vice president of corporate communications for the Red Sox, confirmed to ABC News that Cora will not be attending. The 43-year-old manager, former Red Sox player and three-time World Series champion spoke with the team about his decision, Curran said.”We fully support Alex and respect his decision. We are grateful to our ownership for creating a culture where we discuss these issues openly and encourage individual decision making. Alex spoke with the team and is supporting those who are looking forward to being honored on Thursday,” Curran told ABC News.Congress is in the midst of negotiating a disaster relief deal that Democrats want to include increased aid to Puerto Rico but Trump has consistently railed against the measure, saying Puerto Rico should be “very happy” with the aid it’s received. Trump has repeated similar claims before but Democrats argue $91 billion is far higher than the actual figure.In his statement to El Nueva Dia, Cora described the destruction he witnessed when he traveled home this past winter, more than a year after the Category 5 hurricane hit the island, as a reason for his decision.“Puerto Rico is very important to me. During the winter I spent a lot of time back home, visiting my family and friends. Unfortunately, we are still struggling, still fighting. Some people still lack basic necessities, others remain without electricity and many homes and schools are in pretty bad shape almost a year and a half after Hurricane María struck,” Cora told El Nueva Dia.Of the 26 players on the Red Sox’ active roster, six players on the World Series championship team have announced in media reports they won’t be attending the White House ceremony. Curran could not publicly confirm the players’ decisions but said there would be over 20 players attending Thursday, in addition to about 20 coaches, staff and trainers and a large group of team executives, owners and partners.The baseball team members’ concerns about attendance is part of an ongoing trend for Trump’s administration. In the past, the president has disinvited teams whose players were critical of him in the face of a White House invitation – including the Golden State Warriors of the NBA and the Philadelphia Eagles of the NFL.

Biden team preparing for ‘any scenario that should arise’ on Inauguration Day
Kamala Harris set to resign from US Senate so she can preside over it
Rep. Lou Correa latest member of Congress to test positive for COVID-19 following siege on Capitol
Trump-Biden transition live updates: Memo lays out priorities for Biden’s 1st 10 days
Giuliani says he’s working on Trump’s impeachment defense, would argue voter fraud claims
Snow squalls and gusty winds expected in parts of Midwest and Northeast